With nominations from graduate program directors across the university, each year the Office of the Vice President for Research selects a dozen or so Breakthrough Graduate Scholars—outstanding students who demonstrate excellence in the classroom, actively contribute to research and scholarship in their fields and exhibit potential for future success. Alycia Boutté, a doctoral candidate in the department of health promotion, education, and behavior (HPEB) was identified as a Breakthrough Graduate Scholar due to her exceptional performance and achievements in her program.

Originally from Slidell, Louisiana, Boutté studied psychology as an undergraduate at Xavier University of Louisiana in New Orleans. After completing a clinical psychology research program, she realized the value of population-level approaches for disease prevention and decided to pursue a master of public health (health promotion/behavioral science) at the University of Texas Health Science Center so she could learn about modifiable risk behaviors that could prevent chronic disease. During her master’s program, Boutté worked on a child obesity intervention with low-income Hispanic families.

Alycia is a hardworking student with a promising future as a leader in public health. Her drive for understanding and alleviating health disparities translates to her work and achievement at USC.

“In discussions with the families, having inadequate access to healthy food in their neighborhood was a common barrier for healthy eating,” she says. “This experience piqued my interest in the relationship between the built environment and health.”

As a result, Boutté completed a practicum that involved evaluating food environments in grocery and corner stores in a community with high child obesity rates. These experiences led her to focus her research on addressing health disparities in the African American community.

It also led her to the Arnold School for her doctoral program, where Boutté was drawn to the impactful research conducted in the HPEB department and the opportunity to work with multiple research centers as well as her mentor, associate professor and deputy director for the South Carolina SmartState Technology Center to Promote Healthy Lifestyles Brie Turner-McGrievy. Boutté joined the Health in Pregnancy and Postpartum (HIPP) Study, which is led by co-principal investigators Sara Wilcox (exercise science) and Jihong Liu (epidemiology and biostatistics) and co-investigator Turner-McGrievy, as a graduate trainee to assist with the large randomized control trial targeting excessive weight gain during pregnancy and weight loss during the postpartum period.

Since winning a Research Supplement to Promote Diversity in Health-Related Research in 2017, Boutté is adding even more value to the HIPP study by analyzing psychosocial (e.g., stress, depression) and geospatial (i.e., the built environment, such as access to healthy/affordable food) influences on diet quality—providing a more comprehensive understanding of the study’s main outcomes. Through quantitative and geographic information system analysis, she is examining how stress, depressive symptoms, and neighborhood food access are associated with diet quality. She’s also studying race differences between African American and white women.

I am passionate about translating evidence-based findings into practice to facilitate real-world changes in individual’s health and well-being.

“Alycia is a hardworking student with a promising future as a leader in public health,” Turner-McGrievy says. “Her drive for understanding and alleviating health disparities translates to her work and achievement at USC.”

“I am passionate about translating evidence-based findings into practice to facilitate real-world changes in individual’s health and well-being,” Boutté says. “After completing the Ph.D. program, my career goals are to become a public health leader at the state or federal level and work on chronic disease, mental health, or maternal and child health initiatives. I will be leveraging the skills I learned through my training in health promotion to tackle important issues related to obesity prevention, mental health, the built environment, and maternal and child health.” 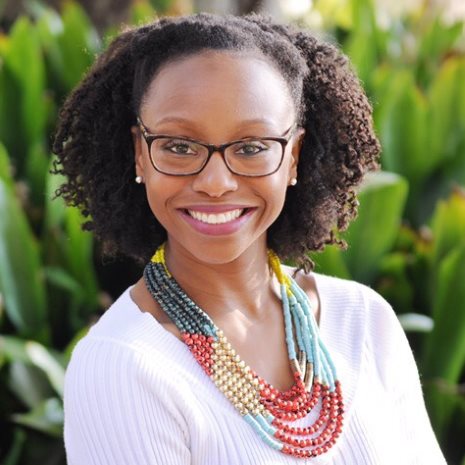 Alycia Boutté  is a doctoral candidate in the department of health, promotion, education, and behavior.