Kimberly Nelson, a master’s student in the health services policy and management department, has been recognized by the Centers for Disease Control and Prevention with a CDC Childhood Immunization Champion Award. This honor recognizes individuals from across the country who demonstrate exemplary efforts to promote childhood immunizations in their communities (see South Carolina Department of Health and Environmental Control press release).

Nelson became interested in vaccination advocacy after the flu spread throughout the day care of her 6-week-old infant, who was not yet old enough to receive the vaccine. When a child in the crib next to Nelson’s daughter was hospitalized for a week due to flu complications, she decided to take action.

After looking for a group of local, like-minded individuals and failing to find one, Nelson founded South Carolina Parents for Vaccines and began researching vaccine exemptions and the reasons why parents decide to not vaccinate their children. She found that these decisions were often based on innacurate information during or prior to pregnancy. Once the child was born, parents were reluctant to change their minds.

To help expecting parents receive accurate information about immunizations, Nelson organized a parent-led workshop (which was featured on NPR’s All Things Considered) and partnered with a former president of the South Carolina chapter of the American Academy of Pediatrics to host an online Q&A on vaccines. She also contacted elected officials to discuss how policy changes related to vaccine-preventable diseases could help protect children in South Carolina. In addition, Nelson creates infographics and social media campaigns for South Carolina Parents for Vaccines. To make her efforts even more effective, she enrolled in the Master of Public Health in Health Services Policy and Management program.

“I hope to one day work on federal health policy, specifically as it pertains to women's and children's health,” Nelson says of her reasons for enrolling. “The MPH-HSPM program exposes students to health policy from several perspectives, and I feel like it has prepared me well, particularly as a non-traditional student.”

A South Carolina resident, Nelson discovered that the University of South Carolina offered options that worked for her and her family. “I knew that I wanted to work in health policy and given my family's location in the Upstate, I was attracted to the distance options at the Arnold School,” she says. “I met with Dr. Kelli Kenison to discuss whether or not the program was a good fit for someone with my background, and once we spoke, I knew that the program would facilitate the growth I sought.”

While she works on her master’s degree, Nelson continues to help childhood vaccination rates climb by focusing on providing accurate information to expecting parents. For these efforts, she was selected as South Carolina’s CDC Childhood Immunization Champion. 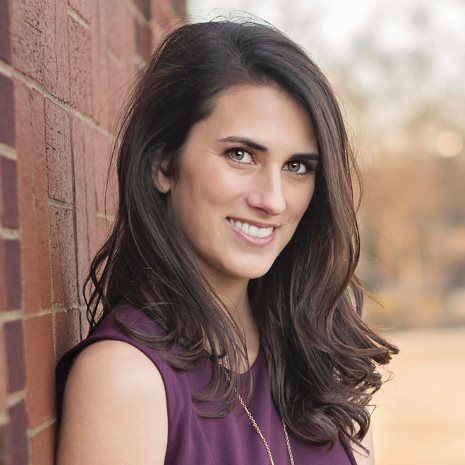 Kimberly Nelson is a Master of Public Health in Health Services Policy and Management student and the founder of South Carolina Parents for Vaccines.