I Am Public Health: Matthew Haldeman

Matthew Haldeman’s first trip to Africa took him a long way from the small town in Ohio where he grew up. That six-week international rotation as a fourth-year medical student was his first experience with tropical medicine. Working alongside a missionary at the only medical clinic on a remote island in Lake Victoria, Tanzania, Haldeman looked through the lens of a microscope to diagnose and treat patients’ malaria and other parasitic diseases.

After completing a doctor of medicine at The Ohio State University in 2011, the physician moved to South Carolina to begin a residency program in family medicine. He returned to Africa – this time to Zimbabwe – for another six-week rotation, which introduced him to the full spectrum of care in a global setting.

For the next three years, Haldeman worked at both a hospital in Greenwood and in the rural emergency room in Edgefield. During this time, he completed a certification course in tropical medicine – deepening his interest in global health even further.

As an academic physician, I hope to participate in my hospital’s regional public health programs to help control tropical diseases, such as malaria.

“This was my first exposure to public health, a topic I had never really been exposed to in the past,” Haldeman says. “Although I had a good job as a practicing physician, my heart for global health and medical education grew, and I knew I wanted more specialized training in that field.”

He began searching for fellowship opportunities, and a friend recommended he look into UofSC’s Family Medicine-Global Health Fellowship Program, which includes a Master of Public Health in Health (MPH) Promotion, Education, and Behavior (HPEB). “During my fellowship interview at USC, I felt warmly welcomed, and I was impressed at both the Arnold School and the fellowship program as a whole, so when I was offered the position, I gladly accepted it!” says Haldeman, who has spent seven months of his fellowship in Tanzania – teaching at a medical school and conducting research related to antibiotic stewardship at a hospital in Mbeya.

He credits some of his determination to the guidance he received from mentors at the Arnold School, particularly in the HPEB department. “Dr. Lee Pearson has always been a major source of encouragement to me,” Haldeman says of the HPEB clinical associate professor and associate dean for operations and accreditation. “When I presented my first presentation on hookworm as a project in the Introduction to HPEB course, he saw that this was an area of passion for me, and he encouraged me to follow it.  He has encouraged me and believed in me, even when I was doubtful of my own abilities!”

Over time, Haldeman’s interests have zeroed in on a group of conditions known as “neglected tropical diseases.” These illnesses affect impoverished populations throughout the world’s tropics. Haldeman is particularly interested in population-level control of soil-transmitted parasitic worms.

Once you find your area of passion, don’t allow others’ indifference to hold you back — if you’re passionate about it, and it’s promoting public health, it’s worth fighting for!

After he completes his fellowship and MPH program in June, he plans to stay at USC for an additional year to continue global health research and complete a fellowship in bedside diagnostic ultrasound, after which Haldeman plans to work as a teaching physician in Africa for a couple years. “Unlike in the U.S., physicians in Africa often do most of the public health work, as many low-income nations have very little independent public health infrastructure,” Haldeman says. “As an academic physician, I hope to participate in my hospital’s regional public health programs to help control tropical diseases, such as malaria.”

For those considering a similar path or one they haven’t identified yet, Haldeman has some advice. “Use your time as a student of public health to explore and investigate new health issues,” he says. “Once you find your area of passion, don’t allow others’ indifference to hold you back — if you’re passionate about it, and it’s promoting public health, it’s worth fighting for!” 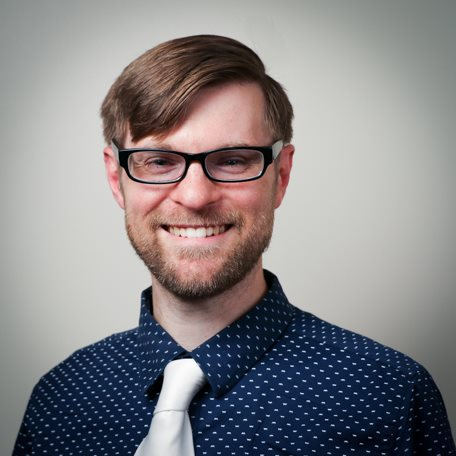