Ashley White, a doctoral candidate in the Department of Health Promotion, Education, and Behavior, won the 2019 Outstanding Student Abstract Award from the South Carolina Institute of Medicine and Public Health. White received the award at the South Carolina Public Health Association’s annual conference in April and is the seventh consecutive Arnold School student to receive this honor.

White’s winning abstract represented a component of her dissertation, which examines how men understand their role in contracepting, pregnancy and parenting by focusing on vasectomy, a permanent, male-centered contraceptive method. As a reproductive health researcher, White studies how social and cultural factors influence contraceptive use, both in the United States and around the world.

The Maryland native became interested in reproductive health while serving as a peer health educator as an undergraduate at Johns Hopkins University. After completing her bachelor’s degree in public health, White moved to Ireland where she earned a Master of Science in Public Health from Trinity College in Dublin. Her thesis examined young women’s experiences with unplanned pregnancy in the Cook Islands, deepening her interest in reproductive health.

“I love public health because you get an opportunity to think beyond the individual and consider how larger community, social, economic and political factors influence health and well-being,” White says. “I also love that public health work can be hands-on, where you get to work with populations and see research and practice come to fruition and have a lasting impact on people and communities.”

Following her 2013 master’s graduation, White stepped out of academia and into the corporate world. As a senior manager for a government contractor, she managed more than $700K in contracts providing public health consulting in areas such as biosurveillance education and training for the Department of Defense and Department of Veterans Affairs.

When she decided to return to school to pursue a Ph.D., White had several programs on her short list. She ultimately chose UofSC due to attractions of the Columbia area and the structure of the HPEB department, which emphasized interdisciplinary collaborations with applied outcomes. She was also excited about the opportunity to work with HPEB assistant professor Emily Mann.

“Having a good advisor is paramount for being a successful graduate student, and I would not be where I am without my advisor and chair, Dr. Mann,” White says. “She has pushed me to grow as a scholar and researcher. I am incredibly thankful to be working alongside such an excellent researcher, instructor and person.”

In addition to receiving guidance from Mann on her own projects, White serves as a graduate research assistant on her mentor’s various reproductive health studies, many of which focus on access to and use of contraception. Together, they investigate individuals’ perceptions and motivations regarding the use of long-acting reversible contraceptives, such as intrauterine devices (IUDs) and implants, as well as how health care providers counsel patients about their contraceptive options.

The Norman J. Arnold Doctoral Fellow is also a research coordinator for the New Morning Foundation and gained experience as a consulting researcher for the South Carolina Office of Rural Health. In both roles, she worked with the South Carolina Choose Well Initiative on contraceptive access.

During her doctoral program, White has published three papers in peer-reviewed journals and made numerous scholarly presentations. She’s also earned her own funding support from the Office of the Vice President for Research’s SPARC program and from her department and will continue working with Mann as a graduate research assistant supported by an ASPIRE II grant during her last year of graduate school.

This spring, White added a new dimension to her doctoral experience. “I got the opportunity to be an instructor this semester and that affirmed my desire to pursue an academic career,” she says. “I love teaching and hope I can continue to do that in a university setting after graduation.” 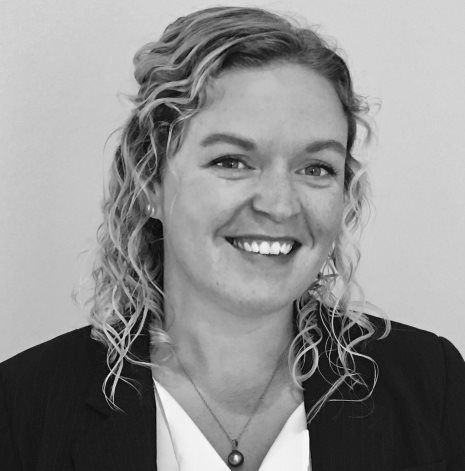 Ashley White is a doctoral candidate in the Department of Health Promotion, Education, and Behavior.