New Jersey native Devon Cassidy was so determined to have new experiences during college that she fell in love with UofSC despite the rain that poured during her first campus visit. Her acceptance in to the Honors College offered the feeling of a small school within a large university, sealing the deal.

“I could also see through the many students that I spoke to that this university has such a rich campus life that you can immerse yourself in and would allow Carolina to become my home,” Cassidy adds.

She had her sights set on medical school well before her first day at Carolina. Cassidy’s interest in medicine stemmed from two concussions she experienced as a high school lacrosse player—injuries that resulted in vestibular and ocular motion brain damage.

Initially enrolled in another major, Cassidy switched to public health after one of her professors advised her to view her undergraduate degree as more than a “means to an end” and suggested she find a field she was as passionate about as medicine. Based on her volunteer experiences with the Free Medical Clinic of Columbia and working with refugee children through the Scholastic Soccer Program, Cassidy decided to switch her major to public health. During this process, she met instructor Charlotte Galloway, who would become Cassidy’s mentor.

“Dr. Galloway has been extremely influential in helping me not only to switch into public health, but throughout every step of the process of medical school applications, the Fulbright application and the many highs and lows that accompanied them,” she says. “Dr. Galloway has been an incredible mentor and has always encouraged me to set my goals high and have confidence in my ability to reach them.”

In one of her first public health courses, Cassidy found another role model in health promotion, education, and behavior instructor April Winningham. “Dr. Winningham is so passionate about her work, as well as her students,” Cassidy says. “Dr. Winningham has been very supportive, and even when she has hundreds of students she always takes the time to meet on a one-on-one basis and show how much she cares about each individual.”

Outside the Arnold School, Cassidy conducted research on axonal regeneration after spinal cord injury in the lab of biological sciences professor and chair Jeff Twiss. She’s also been a Magellan Scholar and Ambassador, the recipient of a UofSC Honors College Science Undergraduate Research Fellowship Grant, and the volunteer coordinator for Carolina Health Outreach, while holding various service roles for the Omega Phi Alpha National Service Sorority and Alpha Delta Pi.

Off campus, Cassidy educated church congregations around the state about the signs of heart attack and stroke through Palmetto Health Stroke Center’s Holy Strokes Program and advocated for better hospital policies at the State House while shadowing administrators at the South Carolina Hospital Association. She also spent two summers researching amyotrophic lateral sclerosis (a condition from which her grandfather died and that is also known as Lou Gehrig’s disease) at St. Jude Children’s Research Hospital, where she won the St. Jude Children’s Research Hospital Pediatric Oncology Education Program Best Paper Award and co-authored an article that will be published in Molecular Cell this month.

This fall, Cassidy will join the University of Michigan School of Medicine where she plans to focus on orthopedics and sports medicine. The United Kingdom Fulbright semifinalist plans to earn a master’s in public health during her third year. She hopes to use public health to make greater impacts at the population level through health policy in sports while also improving the health of individuals as a practicing physician.

“Public health is such a wide field, and there are so many opportunities within it that you want to take advantage of that,” Cassidy states, urging current and future students to remain open-minded about any degree program. “Always be sure what you are studying is what you truly enjoy and want to pursue and it is not solely a path to a job or graduate school, because there may be another major or program that you will love and could even change your life goals.” 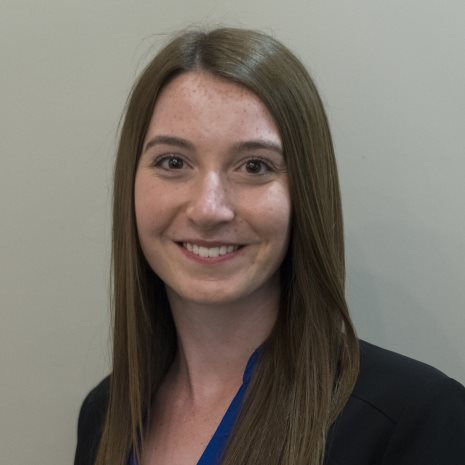 Devon Cassidy graduates this month with a bachelor's degree in public health. This fall, she will join the University of Michigan School of Medicine to study medicine and public health.