After seven years at the Arnold School, Reed Handlery is leaving UofSC with the two highest degrees offered by the Department of Exercise Science. Both Handlery and his wife, Kaci, graduated with Doctor of Physical Therapy (DPT) degrees from a program that ranks in the top 17 percent, receives hundreds of applications each year for its boutique-style approach to learning, and has 100 percent rates in graduation, ultimate licensure pass rates and employment in clinical positions.

From there, Kaci jumped into clinical practice at Prisma Health, and Handlery joined the Ph.D. in Exercise Science program – recently ranked No. 1 in the nation by the National Academy of Kinesiology for the second five-year term in a row. Closely aligned by an overlapping focus in rehabilitation sciences, the DPT and Ph.D. programs offer an accelerated path to earning both degrees – enabling Handlery to utilize some of his course credits and continue working with his mentor, DPT program director and professor of exercise science Stacy Fritz, and other faculty.

“Drs. Stacy Fritz, Jill Stewart, Elizabeth Regan, Christine Pellegrini, and Courtney Monroe have all been instrumental during my time at UofSC,” Handlery says. “Collectively, they all challenge me to ask better questions, design better interventions and write better discussions. Their mentorship has helped me become a better instructor, researcher and colleague.”

A life-long advocate of exercise and its positive effects on health, Handlery enjoyed working with patients one-on-one as a physical therapist but felt that he could use his skills to make a larger impact by working with groups of people at the community level. During his programs, Handlery developed expertise in creating exercise interventions for individuals with neurological disability such as stroke.

“It blew my mind to find out that there are nearly seven million people who have survived a stroke in the U.S., but there are no national exercise or physical activity programs for this population,” says Handlery, whose broader research goals involve finding ways to provide opportunities for people with disability to become more physically active. “Knowing the link between cardiovascular disease and exercise, I wanted to begin asking and answering research questions that helped bridge this gap.”

To support this research, Handlery won a SPARC grant from the UofSC Office of the Vice President for Research and a grant from the Cardiovascular & Pulmonary Section of the American Physical Therapy Association - both in 2020. He is currently working on a community grant from the Parkinson’s Foundation that provides education and exercise opportunities for individuals newly diagnosed with Parkinson’s disease.

He has presented posters at numerous conferences and published four peer-reviewed papers with two more in preparation. Another one of his claims to fame was Handlery’s participation in NBC’s Spartan Ultimate Team Challenge in 2016. Closer to home, he created a competition called The Gamecock Challenge, which raised funds for Leo’s Pride (2018), Palmetto Animal Assisted Life Services (2019), and in support of diversity in physical therapy (2020), including more than $12K for charitable causes.

After his December graduation, the Norman J. Doctoral Fellow will join the DPT program at Arkansas College of Health Education as an assistant professor. In his new role, Handlery will teach courses in exercise physiology, kinesiology and health promotion and wellness. Long term, he would like to partner with community organizations to create a nationwide exercise program for individuals with neurologic disability. 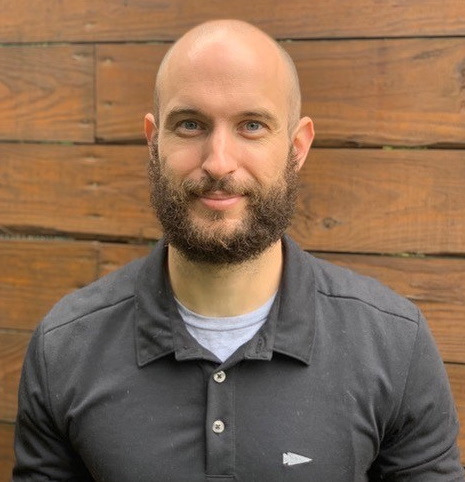