Angela Liese, a professor in the Department of Epidemiology and Biostatistics and an expert in the areas of nutritional epidemiology, diabetes epidemiology and public health nutrition, has been awarded a new round of funding from the Centers for Disease Control and Prevention to continue her research conducting surveillance of diabetes among youth. Liese will serve as principal investigator for the South Carolina-based component ($1.25 million) of the nationwide $15 million, five-year project assessing the burden of diabetes by type in children, adolescents and young adults known as DiCAYA.

DiCAYA continues the work of the recently completed SEARCH for Diabetes in Youth project, a 20-year, multi-center study jointly funded by the CDC and the National Institutes of Health. The project aimed to understand diabetes among children and young adults in the United States, and South Carolina has played an important role since the beginning.

“Given its geographic location and the state-wide, population-based approach we’ve been using for the SEARCH Study, South Carolina represents the Southeastern region of the United States, which is known as the diabetes belt,” says Liese, who has led South Carolina’s involvement as a co-principal investigator since the project launched in 2000 – the same year she joined UofSC. “Over the past 20 years, we’ve built a statewide surveillance system of diabetes in children and adolescents through partnerships with a network of healthcare providers across the state.”

During the first half of the SEARCH Study, the researchers observed marked increases in the prevalence of type 1 (21 percent) and type 2 (31 percent) diabetes among youth in the United States. With these trends largely driven by increased rates of diabetes in racial and ethnic minorities, South Carolina, with its high proportion of non-Hispanic black residents, has been critical to ensuring representativeness of the overall surveillance effort. The SEARCH Study revealed regional variations in diabetes rates among youth, further cementing the importance of the state’s involvement in the project.

The DiCAYA project will build on these knowledge gains by leveraging the existing networks and local registries established by the SEARCH Study. DiCAYA will also – for the first time – rely almost exclusively on electronic medical records. Now almost universally available in the United States, electronic medical records will replace costly and time-consuming manual data collection systems that had to be built from scratch on a regional basis.

The researchers will also employ the validated mathematical models, algorithms and other novel tools they developed through the SEARCH Study. These novel approaches, which offer promising new opportunities for optimizing the use of electronic data will help the team create a robust national surveillance system that can provide estimates of prevalence and incidence rates of diabetes by type, age, sex, race/ethnicity and geographic area.

With this project, Liese will continue her collaborations with pediatric endocrinologists Elaine Apperson (PrismaHealth Upstate) and Deborah Bowlby (MUSC) and diabetes epidemiologist Elizabeth Mayer-Davis (University of North Carolina), all of whom were instrumental to the SEARCH study. The team also includes Arnold School faculty Bo Cai (Epidemiology and Biostatistics) and Caroline Rudisill (Health Promotion, Education, and Behavior) as well as pediatric endocrinologist Lisa Knight (UofSC School of Medicine).

“Diabetes is the third most common chronic disease among children and adolescents, and this work is essential for future healthcare planning, policy development and outcomes evaluation,” Liese says. “We are excited to capitalize on the substantial accrued experience and infrastructure of the SEARCH Study to move into the next phase of diabetes surveillance in youth through the DiYACA project.” 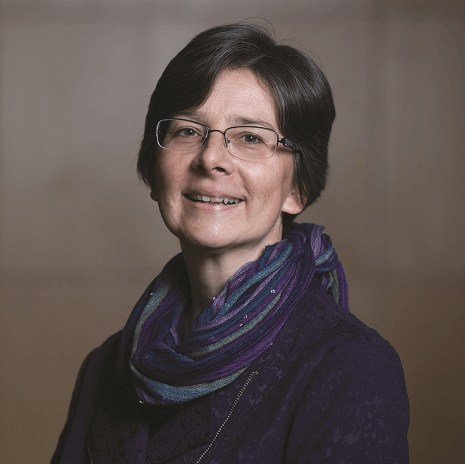 Angela Liese is a professor in the Department of Epidemiology and Biostatistics.