When she first began working as a vet assistant, Chloe Rodriguez Ramos assumed she would go on to veterinary school after completing her bachelor’s degree in biology at UofSC Upstate. But five years in the profession taught Rodriguez Ramos that was not the career path she wanted to pursue. Instead, her part-time job led her in a different direction – epidemiology.

“I realized that while at work, I developed a particular interest in infectious disease,” says Rodriguez Ramos, who often encountered pets with viral diseases (e.g., parvovirus) and numerous types of parasitic infections. “I would ask the client where their pet might have become infected, map out when it could have happened, and why it happened. After some research online, I realized that what I did at work was very similar to what an epidemiologist would do when investigating a disease.”

Following her 2019 graduation from UofSC Upstate, Rodriguez Ramos enrolled in the Arnold School’s Master of Public Health in Epidemiology program. That fall, she gained experience in legislative outreach and public health policy while working as a graduate assistant with the South Carolina Institute of Medicine and Public Health. Since January of this year, Rodriguez Ramos has been working with health promotion, education, and behavior adjunct associate professor Deborah Billings on the Voices/Voces Project.

Based in UofSC’s Institute for Families in Society, this South Carolina Department of Health and Human Services-funded project is part of the South Carolina Birth Outcomes Initiative and documents the experiences of women throughout South Carolina who use Medicaid to cover the costs related to pregnancy, birthing, and postpartum care. The researchers also work to capture the perspectives and experiences of healthcare workers and other key stakeholders.

“We hope to bring to light possible inequities these women have faced, how these inequities have been exacerbated by the COVID-19 pandemic, and what women and service leaders suggest should be done to ensure that all women in South Carolina receive excellent maternal care,” Rodriguez Ramos says. “It’s been an honor to work with Dr. Billings to learn about the field of child and maternal health and to help me understand that there are real people with real experiences behind the numbers and statistics – a huge lesson that I will never take for granted.”

“Chloe has been an integral part of our tick surveillance program,” Nolan says. “She is a talented graduate student and an incredible mentor to up-and-coming graduate students.”

Rodriguez Ramos found yet another mentor in her program with epidemiology clinical associate professor Myriam Torres. “Not only is Dr. Torres an amazing advisor and always striving to make sure that I am achieving my goals, but she is an inspiration,” Rodriguez Ramos says. “Her work concerning health issues among the Latino population in South Carolina is something that I hope to pursue in the future.”

Although she has called South Carolina home since she was 12 years old, Puerto Rico-born Rodriguez Ramos would like to return to her island someday to apply what she’s learned – both in the classroom and outside of it – to help ensure the health and well-being of Puerto Ricans. She is hoping her knowledge and experience will include infectious disease research or surveillance system work with a state or federal public health agency and eventually a doctoral degree in public health.

“It is okay to not know exactly what realm of public health you want to pursue,” Rodriguez Ramos assures prospective students. “This is something that I went through myself, and I credit the Arnold School for allowing me to participate in numerous opportunities which helped me realize that infectious disease epidemiology was right for me.” 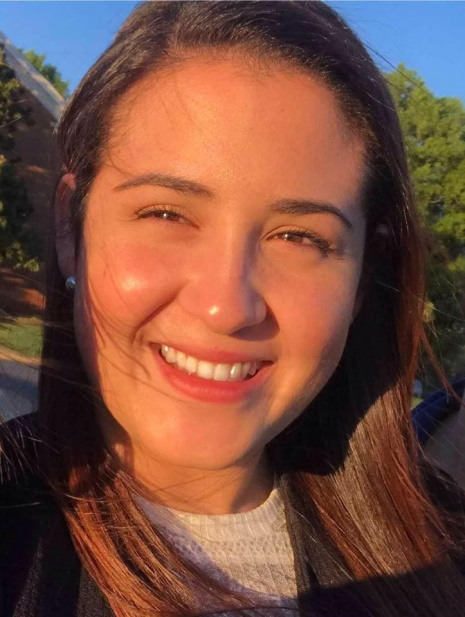 A passion for mapping the origins of pets’ infectious diseases during her time as a veterinary assistant led Chloe Rodriguez Ramos to pursue her second UofSC degree – a Master of Public Health in Epidemiology.