I Am Public Health: Sydney Smith

Sydney Smith knew she wanted to pursue a career in statistics when she was still a high school student. Originally from Spartanburg, South Carolina, Smith stayed in the Upstate for her undergraduate degree in mathematical sciences with a minor in business administration at Clemson University.

The Calhoun Honors College student won her department’s Freshman Award and began learning more about career options in mathematics. As a member of a student creative inquiry group focused on statistics, Smith gained practical experience helping local non-profits organize and analyze survey data. She was unfamiliar with biostatistics until she learned that one of her professors had a degree in the field and asked him about it.

“I had never before considered statistics specifically applied to public health, but I was immediately interested,” she says. “I considered both biostatistics and actuarial science as career options for a while and decided on biostatistics and applying to the Master of Science in Public Health program at UofSC.”

With three UofSC degrees between her two parents, Smith’s transition into a Gamecock was a seamless one. “After I graduated from Clemson, I wanted to go somewhere new, and I liked UofSC’s program the best,” she says. “It worked out that I was able to attend these two universities, and they each had what I needed at the time.”

During her program, Smith served as a graduate research assistant with the Arnold School’s Office for the Study of Aging (OSA). Working as a registry assistant for the South Carolina Alzheimer’s Disease Registry, Smith analyzed data and created reports for OSA and other organizations throughout the state.

“It’s been a great way to incorporate what I’ve learned from my courses with real public health data and projects,” Smith says. “It has also been rewarding since I get to work with large datasets and present findings and preliminary analysis like I hope to do in my future career.”

For example, Smith worked with the South Carolina chapter of the Alzheimer’s Association to put together fact sheets on Alzheimer’s disease and related dementia cases by county so that the organization could present the data to state legislators. During her second year, Smith worked with registry manager Maggi Miller on a project examining patterns of multimorbidity and their association with behavioral disturbances in Alzheimer’s disease and dementia patients in South Carolina.

Through these collaborations, Smith found inspiration from the OSA faculty and staff, who became her mentors. “They are always positive and supportive of everyone in the office,” she says. “They work in public health policy and see the difficulties that people face but still have a positive outlook. They work to reach the people that need the most help or may be overlooked.”

Smith plans to apply what she has learned in her career, which will begin after her August graduation. She is looking forward to joining a research company where she can continue improving public health through biostatistics. 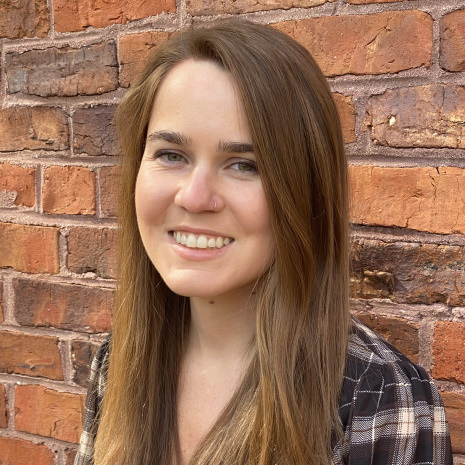 Master of Science in Public Health in Biostatistics student Sydney Smith is gaining hands-on experience through a graduate assistantship with Arnold School’s Office for the Study of Aging.