I Am Public Health: Zac Hart

Zac Hart has spent most of his life near the water – first at Lake Murray during his childhood and then as an adult in the Charleston area. His love of the outdoors led him to pursue a career protecting the environment, and he earned a B.S. in Biology from Winthrop University followed by a Master of Science in Environmental Studies at the College of Charleston.

Hart spent the next 15 years working in the environmental field. A dozen of those years were with the National Oceanic and Atmospheric Administration, holding roles such as Coastal Management Specialist, Grant and Agreements Coordinator and Trainer.

“Living on the coast and working with NOAA made me interested in understanding the effects of environmental health, especially healthy coasts and oceans, on public health and economic vitality,” Hart says of his decision to pursue a doctoral degree. “I began exploring Ph.D. programs and my conversations with Dwayne Porter, the associate chair and graduate director for UofSC’s Department of Environmental Health Sciences, made it clear that the program was a good fit.”

Living on the coast and working with NOAA made me interested in understanding the effects of environmental health, especially healthy coasts and oceans, on public health and economic vitality.

Porter became Hart’s mentor, demonstrating to him the value of strong social networks and collaboration. One of those collaborations includes a network of more than 20 researchers from five colleges/universities and several other environmental organizations and agencies (NOAA among them) from across the country. Directed by Environmental Health Sciences Chair Geoff Scott, the Center for Oceans and Human Health and Climate Change Interactions (OHHC2I) is funded with a $5.7 million grant from the National Institute of Environmental Health Sciences and is headquartered at UofSC.

Since the Center launched in 2018, Hart has served on the Community Engagement Team – coordinating science communication on the findings from Center projects and conducting research on environmental health communication. It’s work that taps into his Minor in Professional Writing and experience as a freelance science writer. And it’s work that he hopes to continue after his graduation later this year.

I’m especially interested in researching ways to effectively communicate and educate audiences on the importance of healthy coasts and oceans.

“I’m very happy to be involved with OHHC2I, which focuses on the relationships between human health and ocean and coastal health,” Hart says. “I’m especially interested in researching ways to effectively communicate and educate audiences on the importance of healthy coasts and oceans.”

He also plans to continue academic teaching – a role he has held as a graduate teaching assistant at the Arnold School and as an adjunct instructor at the College of Charleston – and building his consulting business, which focuses on developing grant proposals and conducting project evaluations for scientists. In addition to his doctoral education (which includes a 4.0 GPA) and training, Hart will build on the five peer-reviewed papers he has published, dozens of conference presentations and more than 50 workshops he had co/led over the past 20 years. Outside of work, Hart enjoys spending time with his family, traveling and exercising. 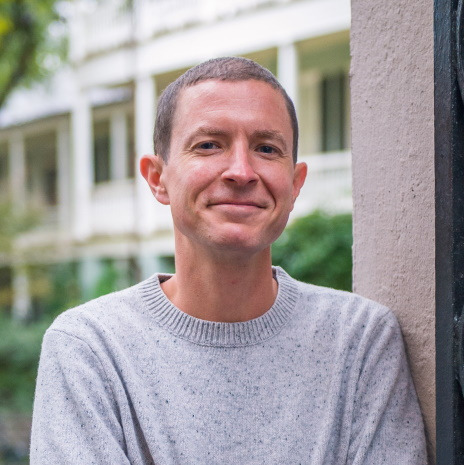