Fillo was aware of these opportunities because her mother, a research administrator at Carnegie Mellon University, had an insider’s knowledge of what scientists could study and how to make a career out of those interests. A meeting with a relationship researcher faculty member solidified her commitment to the field.

As a psychology major at Carnegie Mellon, Fillo contributed to various labs and projects within her department, earning several undergraduate grants and fellowships. She would remember these opportunities when it was her turn to fill the mentor role. Because of her strong research background, Fillo was able to enter directly into the Ph.D. program in Psychology at the University of Minnesota following her 2008 bachelor’s graduation.

“We had a dual mentorship model, and one of my primary mentors in my doctoral program was a relationships researcher and the other was a health psychologist,” Fillo says. “We conducted research with several other faculty members and graduate students, and I gained a lot of exposure to the intersection of relationships research and health.”

Her dissertation examined the intersection of attachment orientations, emotion regulation and health. One project involved analyzing data from a 35-year longitudinal study of social relationship experiences following individuals since before birth through to adulthood. Using this data, she was able to examine the implications of parent-child attachment for substance use later in adulthood – laying the foundation for substance abuse to become one of the two major foci of Fillo’s eventual research program.

Her next steps would uncover her other major research interest: military populations (specifically service-related stress and trauma on the health and well-being of service members/veterans and their romantic partners). After being fascinated by research on the effects of military life on marriages that she saw presented at a conference, she accepted a postdoctoral position managing a research project on the topic at the University of Houston. Her two years examining psychological adjustment among the families of deployed service members cemented her passion for this area as well.

Fillo’s presence in Houston also gave her the opportunity to continue working on the intersection between relationships and alcohol through other research projects. To advance her knowledge in this area, she went on to complete a three-year postdoctoral fellowship in alcohol etiology and treatment at the University at Buffalo’s Research Institute on Addictions. This position also allowed her to continue her work with military families, beginning to examine alcohol and other substance use in this population.

Her training was supported by a T32 grant from the National Institute of Alcohol Abuse and Alcoholism, which continued supporting the early career investigator with a five-year Mentored Research Scientist Development Award grant totaling $940K. She earned a Master of Public Health from the University at Buffalo’s School of Public Health and Health Professions during this time as well.

Similar to her top-notch experience with undergraduate research opportunities, the administrative support Fillo received for her grants (e.g., budgets, proposals, etc.) not only set her up for success but gave her a benchmark for something to look for in a future academic home. UofSC and the Arnold School’s Department of Health Promotion, Education, and Behavior delivered on both, and much more.

“I was looking at programs and departments focused on health behavior when I saw the HPEB position,” Fillo says. “I was already familiar with the Arnold School name through its reputation, and I knew the interdisciplinary nature of the department would be a great fit for my eclectic background.”

The strong infrastructure needed to support student involvement was well in place when Fillo arrived last fall, and she is already working with two research assistants whose positions are supported through Honors College (No.1 one among public universities nationwide) and Magellan grants. Another draw was the fact that South Carolina has a large military presence. Between her current K01 project focusing on the influence processes among heavy drinking couples and the opportunity to work with military populations to learn more about service-related stress, Fillo aims to inform interventions leveraging the influence of close others to support health behavior change.

“We are excited that Dr. Fillo has joined HPEB," says Daniela Friedman, chair of the department. "She brings a wealth of knowledge and expertise to her faculty position. Her focus on how relationships influence health behaviors and outcomes, especially as it relates to substance abuse, is important and the methods she uses are applicable to other areas being examined in HPEB. We look forward to learning from Jennifer and collaborating with her.” 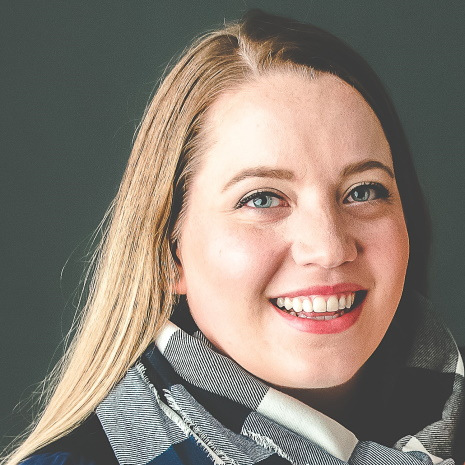 Jennifer Fillo is an assistant professor in the Department of Health Promotion, Education, and Behavior.