Joining the ranks of several other health communication researchers, Minji Kim is one of the health promotion, education, and behavior (HPEB) department’s newest faculty members. The assistant professor studies the impact of marketing and counter-marketing messages so she can advance tobacco control and cessation. She also has interests in the promotion of healthy eating and physical activities as well as COVID-19 testing. The underlying theme of her work is health equity – using targeted and tailored messaging to connect with vulnerable and underserved populations (e.g., adolescents, minorities, immigrants).

“Minji’s work is really innovative," says HPEB chair Daniela Friedman. "She is exploring in-depth how people respond to marketing about tobacco products with the ultimate goal of improving messaging and health outcomes. She has the community in mind in all the work she does. We are thrilled that Minji has joined HPEB to share her expertise with us.”

Originally from South Korea, Kim became interested in health while studying communication and information/cultural technology at Seoul National University. Her coursework sparked an interest in the impact of media messages on human cognition and behavior. Then she had an opportunity to work with a research team at the University of Pennsylvania analyzing data from a study on the effectiveness of more than 200 anti-smoking TV public service announcements.

“I was fascinated with the potential impact I could make saving lives if I can effectively persuade people to stop smoking,” says Kim, who notes that each year tobacco causes more than eight million deaths globally, including nearly 500,000 in the United States (more than drug overdose, firearm deaths, homicides, suicides and car accidents combined).

Beyond saving lives, Kim recognized some unique characteristics in tobacco use that made it an especially challenging behavior to tackle. For example, the harmful effects of secondhand smoke yield another dimension of persuasion to integrate into health communication strategies toward tobacco cessation. She was also intrigued by the addictive nature of tobacco and the likelihood that most smokers already know they should stop smoking – facts that require solutions, not just education. Finally, Kim felt called to join the collective public health effort to fight back against the “marketing geniuses” of the Big Tobacco Industry, sometimes by turning their own strategies against them.

During her undergraduate program, Kim interned with the International Trade Division at Washington State. After her 2006 graduation, she spent two years working with international businesses at The Boston Consulting Group (in Seoul) before returning to her alma mater to earn a master’s in communication.

By the time she had completed a Ph.D. in Communication at the University of Pennsylvania, Kim’s focus was solidly on health communication. The next five years saw her diving deep into her specialty area as a postdoctoral fellow at the University of California’s Center for Tobacco Control Research & Education. It was during this time that Kim’s work began to incorporate health equity as well.

“I grew up in Korea, where the absolute majority of citizens are from a single ethnic group,” she says. “Moving to the U.S. to experience the diverse racial and ethnic makeup and to learn how racial and ethnic identity impact health outcomes were huge eye-openers for me.”

While living in the San Francisco Bay Area, Kim observed that Asian Americans (who made up 30 percent of the population) are subject to significant health disparities. She realized that her expertise in targeted and tailored health communication, coupled with her shared cultural/linguistic roots – made her uniquely suited to make a positive impact on underserved Asian communities.

Kim brought this specialized approach to public health to the Arnold School when she joined the HPEB department last fall.

“I love the interdisciplinary nature of researchers at the Arnold School,” she says. “Currently, I am working to develop a synergistic research network with people here, nurturing and expanding my own research areas.”

As her work has evolved, a natural consequence has been Kim’s active engagement with public and policy stakeholders. These activities include collaborations with researchers in various disciplines across multiple universities and submitting numerous public comments to the FDA and Health Canada regarding the implementation of graphic warning labels on cigarettes, youth tobacco use, and potentially misleading results of emerging tobacco product marketing. An often-overlooked part of scientific research, this translation and dissemination work is a critical component of public health and one that Kim plans to pass on.

“Based on my experience conducting interdisciplinary research and engaging with policy and community stakeholders, I am looking forward to working with and mentoring graduate students who intend to make real-life impact on public health outcomes,” she says. 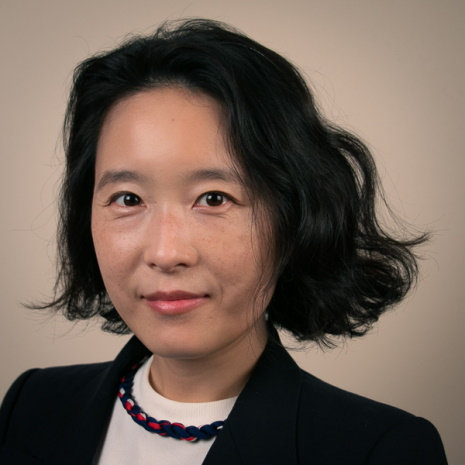 Minji Kim is an assistant professor in the Department of Health Promotion, Education, and Behavior.