Health promotion, education, and behavior (HPEB) professor Jim Thrasher has been named the 2020 recipient of the Office of the Provost’s Educational Foundation Research Award for Health Sciences. Established in 1984, this award includes a $3,000 honorarium and a certificate of recognition. Thrasher is the fourth Arnold School faculty member to win this prestigious award in the past five years (Angela Liese, 2018; James Carson, 2017; Jamie Lead, 2016) and the seventh Arnold School winner in the past 12 years.

Thrasher is the deputy director of the Arnold School’s Global Health Initiatives. He has nearly 20 years of experience researching and shaping policy and communications to reduce tobacco use around the world, mostly focused across the Americas.

A former smoker who understands the challenges of quitting, Thrasher’s history also includes the smoking-related deaths of grandparents. The California native studied psychology as an undergraduate at the University of North Carolina at Chapel Hill (UNC-CH) and then earned master’s degrees in cultural anthropology and epidemiology at the State University of New York in Buffalo, followed by a return to the UNC-CH to earn a Ph.D. in Health Behavior.

Thrasher gained professional and research experience while earning his graduate degrees. During his Master of Science in Epidemiology program, Thrasher was a National Cancer Institute Training Fellow at the Roswell Park Cancer Institute and a Health Communication Fellow at the Centers for Disease Control and Prevention. Throughout his doctoral program, he was a UNC Graduate School Royster Society Fellow and a research policy analyst at the Research Triangle Institute.  For part of this time he was also a National Cancer Institute Predoctoral Fellow and a Fulbright Scholar at Mexico’s National Institute of Public Health, where he subsequently did his postdoc and has been a Researcher and Visiting Professor for over 15 years.

“My cultural anthropology training in Central America taught me about the political economy of tobacco, how this plant from the Americas quickly spread across the world, and how human beings and nicotine have coexisted in many complex ways,” says Thrasher, who began immersing himself in studies about tobacco around this time. “My early tobacco research was on media campaigns that highlight the tobacco industry’s deceitful behaviors, which made me passionate about addressing tobacco use in low- and middle-income countries, where smoking-related diseases are rapidly rising.”

Today, Thrasher’s research addresses policy and communication challenges related to emerging tobacco products, such as e-cigarettes and products that heat instead of burn tobacco. He is an internationally-recognized expert who serves on numerous scientific, regulatory, editorial, and advocacy workgroups and committees. Through engaging Thrasher in groups such as the Food and Drug Administration’s Tobacco Products Scientific Advisory Committee, which provides recommendations to the FDA commissioner on the regulation of tobacco products, governments from numerous countries frequently invite him to help with policy decisions.

“Dr. Thrasher’s work is instrumental in understanding how to advance policies that reduce tobacco use, the leading preventable cause of death and disease,” says HPEB chair Daniela Friedman. “His sustained excellence in research has had a major impact on policies and programs in numerous countries.”

Thrasher has over 250 peer-reviewed publications to his name, with more than half of these papers published in the past five years. He has been awarded more than $57 million in competitive funding across 67 grants from federal agencies (e.g., Centers for Disease Control and Prevention, National Institutes of Health, United States Department of Agriculture) and foundations (e.g., Bloomberg Global Initiative, Bill and Melinda Gates Foundation, Robert Wood Johnson Foundation). Thrasher has served as principal investigator on 27 of these projects, including a National Cancer Institute-funded R01 study examining the use of cigarette package inserts to enhance communication with smokers and a Fogarty International Center-funded R01 study investigating electronic cigarette use and policies in Latin America, which are currently underway. 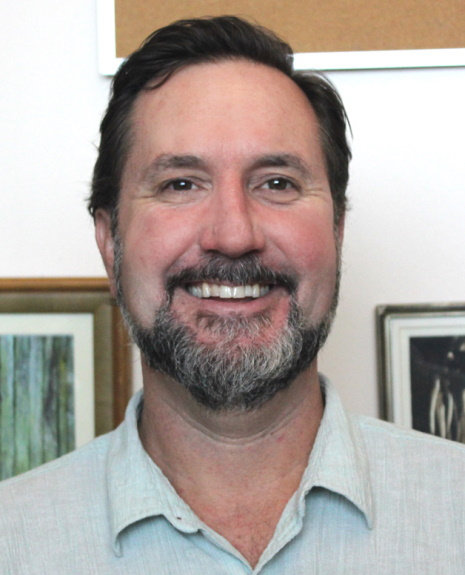 Jim Thrasher is a professor in the Department of Health Promotion, Education, and Behavior and the deputy director of the Arnold School’s Global Health Initiatives.