Adam Ereth chose UofSC because the Ph.D. in Environmental Health Sciences (ENHS) program offered the chance to explore the unique research questions that arose from his background in geography combined with his interests in climate changes adaptation, conservation, hazards, and environmental policy and planning. The California native also wanted to try his hand at living in the South.

“I was chasing research questions that had never been asked in an emerging specialty, and I wanted a program that would allow me to take my research in the South Pacific to the next level,” Ereth says. “I’ve also always had a fascination with the South, including the people, landscape and environment. I was thrilled to be accepted by my number one pick, and I couldn’t be happier with the outcome.”

During his program, Ereth connected with ENHS faculty members Dwayne Porter, Geoff Scott and Buz Kloot and California State University geography professor Jonathan Taylor (from his master’s program) – a group of mentors he refers to as the perfect combination. Off campus, Ereth gained practical experience as an environmental health manager at the South Carolina Department of Health and Environmental Control overseeing air quality programs across the state. Working with his team, he co-authored a grant proposal that resulted in a $2 million grant from the Environmental Protection Agency to convert old, rubber tire gantry diesel motors to hybrid-electric at the Wando Welch Shipping Terminal in Charleston.

“I would consider developing this program to be one of the most challenging and definitely the most rewarding achievements in my career,” Ereth says. “I had a rockstar team of colleagues at DHEC that helped make this happen, including a dozen or so partners from other government agencies, non-profits and the private sector. It was a watershed moment for South Carolina, and I’m honored to have played a part.”

After completing his coursework, Ereth returned to California to finish the dissertation phase of his doctoral degree and apply what he had learned to his local community. For example, he was hired as a policy advisor to design a Sustainability and Climate Change Action Plan for Orange County’s second district. He also co-developed John Wayne Airport’s Fly Friendly Program to lower noise and emissions in the departure corridor.

The common thread among Ereth’s experiences is service.

“I utilize my education by analyzing public health and demographic data and look for opportunities to create new programs that serve the public good,” he says. “I enjoy the creativity, collegiality and the process of developing new and impactful programs for people.”

Currently, the December graduate directs the Someone Cares Soup Kitchen and Tutoring Program, a role he began just after the COVID-19 pandemic began. Well before state and federal policies and recommendations were in place, Ereth led the development of the non-profit organization’s safety protocols, enabling it to continue serving vulnerable populations and expand their reach.

The soup kitchen now feeds 60 percent more people and has increased its tutoring program to five days per week for ESL students. They’ve added food delivery to their services and partner with local schools to fill gaps.

“We not only found a path forward for our non-profit and its guests, staff and volunteers to survive during the pandemic, but thrive as well,” Ereth says. “The education I received from the ENHS program introduced me to the sequence of steps I needed to take to author the protocols.”

Earlier this year, Ereth was appointed as at-large planning commissioner for Costa Mesa. One of his biggest endeavors is to work with city staff to ensure that the state’s allocation of approximately 11,760 housing units is strategically distributed to preserve the character and historical aspects of the city while advancing equity.

“I have spent the better part of my education exploring different avenues being of service to my community, county and the world,” Ereth says. “Being of service means having to find a way to meet certain goals, and I couldn’t have done it without Dr. Porter, my committee, my colleagues and a strong network of support throughout the Arnold School of Public Health. I not only captured my academic dreams along the way but was inspired and encouraged to reach higher afterward and push the frontier.” 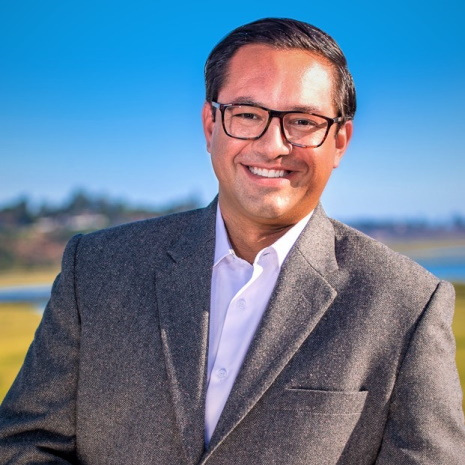 Adam Ereth graduates this month with a Ph.D. in Environmental Health Sciences.