As with the alcohol use disorder project, this new study has been launched in response to calls for expanded access to treatment programs for these public health crises. The opioid epidemic has particularly impacted vulnerable communities, compounding the health disparities faced by underserved groups.

“Medicaid is positioned to be a key policy lever to improve access to opioid use disorder treatment and reduce mortality among vulnerable populations,” Andrews says. “However, many state Medicaid programs do not cover the full continuum of treatment services. Further, they often use utilization management parameters that may restrict access.”

These challenges are complicated by the fact that 70 percent of state Medicaid programs outsource their treatment programs to managed care organizations whose plans and services vary widely. Approximately 54 million Medicaid enrollees participate in one of the 281 manage care organization plans offered across the United States, yet little is known about how these plans manage access to treatment as well as outcomes for participants.

Leveraging a design similar to the alcohol use disorder study, the opioid use disorder project will examine 142 different Medicaid-contracted managed care organization plans across 18 states. Their findings will help policymakers make informed decisions to avoid restricting coverage that exacerbates the opioid epidemic or wasting funds on unnecessary care.

The most recent data available (from 2018) indicates that two million Americans (40 percent of them covered by Medicaid) have opioid use disorder. Related deaths have increased by more than 400 percent since 1999 – surpassing traffic fatalities and deaths from HIV/AIDS at the height of that epidemic. However, most Americans do not receive any treatment for opioid use disorder.

“Medicaid is the largest payer of all substance use disorder treatment in the United States, financing an estimated $12 billion in treatment services annually,” Andrews says. “Given Medicaid’s expansive role in paying for treatment, the choices that state Medicaid programs make regarding opioid use disorder coverage are highly consequential. Our goal with both the alcohol use disorder and opioid use disorder studies is to help inform those choices with scientific evidence.”

Andrews joined the Arnold School in 2020 after spending eight years as a faculty member in the UofSC College of Social Work. Her work focuses on addiction treatment, particularly in response to the opioid epidemic and alcohol use disorder. She is currently a co-investigator on two additional projects (i.e., financing for opioid use disorder treatment within the criminal justice system; Medicaid care plan coverage for opioid use disorder medications) that are funded with $19 million from the National Institute on Drug Abuse. Andrews has a bachelor’s degree in sociology (Ithaca College in New York), a Master of Social Work (Boston University) and a Ph.D. in Social Service Administration (University of Chicago).

Christina Andrews awarded more than $2.5 million from National Institutes of Health to examine treatment of alcohol use disorder for Medicaid recipients 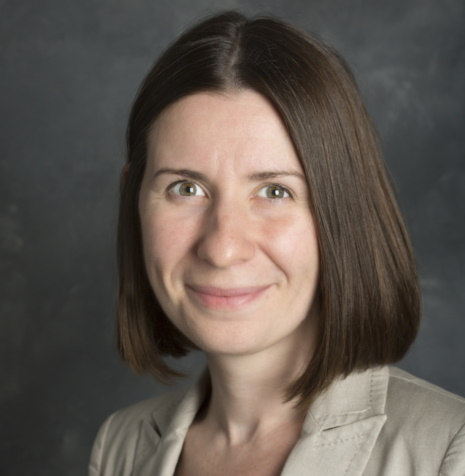 Christina Andrews is an associate professor in the Department of Health Services Policy and Management.