Jim Matthews’ graduation with a Master of Public Health (MPH) degree this May is 46 years in the making. In fact, his new venture into health policy is not only a new career for the optometrist, it is the fulfillment of a lifelong dream.

When Matthews was graduating with his bachelor’s degree in health education from the University of New Mexico in 1974, his original plan was to pursue an MPH. He had become interested in public health after launching a fluoride rinse program in an impoverished area of Albuquerque where he completed his student teaching. However, an offer to teach health education in his native New York would put that goal on hold – for another four decades.

A transition into the field of eye care field saw Matthews completing a degree in optometry from the University of Alabama in Birmingham and then leading his own clinical practice in North and South Carolina for the next 27 years. Until the COVID-19 pandemic hit.

“I had to close my optometric practice initially, and because of all the unknowns, I decided to make that a permanent decision,” says Matthews. “After two weeks of watching Netflix, I got an email advertising a remote MPH degree, and I started thinking about how I could use the pandemic as an opportunity to get that degree finally.”

With interests in healthcare policy and environmental health, Matthews enrolled in the Arnold School's  MPH in Health Services Policy and Management (HSPM) program that fall.

Based on his observations as a clinician, Matthews sees the U.S. healthcare system as a fragmented structure that leaves many individuals and populations uninsured or underinsured. To gain hands-on experience, he completed his practicum supporting SC Eat Smart Move More Policy and Advocacy Manager Phil Ford to advocate legislative bills removing penalties for student lunch debt. He also found a mentor in HSPM MPH director and clinical assistant professor Kelli Kenison.

“Dr. Kenison has a passion for public health which was so obvious,” Matthews says. “She was always very generous with her time and available to help in any way possible. It was amazing how many people in the field she knew.”

Environmental health sciences chair Geoff Scott inspired Matthews’ second area of interest. “He is one of a kind, and his passion for environmental health is so apparent,” the May graduate says. “I will never look at a retention pond or lake the same way, always wondering if toxic algae are growing in it.”

Matthews’ compliments extend to his cohort, whom he says made the program for him. “I had so much fun interacting with them, even though my entire schedule was remote,” he says. “I think they all will be very successful and an asset to the field of public health.”

As Matthews looks for his own way to make an impact, he sees himself working with a non-profit organization. Ultimately, he would like to work with an agency or group that analyzes and writes about the U.S. healthcare system. 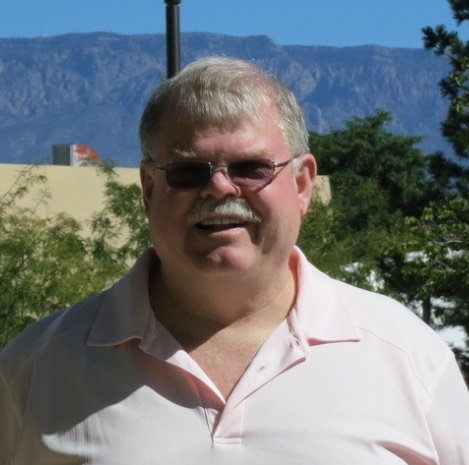 After 27 years as an optometrist, Jim Matthews is looking forward to a career in health policy after graduating with a Master of Public Health in Health Services Policy and Management this May.