“I love watching as a person begins to understand a concept and can start providing examples for further clarity,” the program coordinator says. “Knowledge, thus education, is power. The more we can empower and advocate for our caregivers and vulnerable populations, the better off the world will be.”

Megan has brought Dementia Dialogues® to new heights. She is an incredible colleague and coordinator of the OSA and an emerging leader in aging at the university and in the community.

-Daniela Friedman, co-director of the Office for the Study of Aging

Byers has made a lot of those moments happen during her three years with the Office for the Study of Aging (OSA). As program coordinator for the office and project manager for the nationally registered Dementia Dialogues® program her daily activities are many and varied. They include coordinating research, delivery and evaluation of programs and curriculum; overseeing the management and recruitment of volunteers for Dementia Dialogues®; interpreting federal and state laws, regulations and guidelines; developing and disseminating educational information; coordinating activities and initiatives for the office; organizing reports to funding agencies; reviewing and scoring grant applications; and evaluating data from program evaluations.

Since Byers joined the team, she has helped OSA expand the Dementia Dialogues® program from two states and 50 instructors to six states and more than 120 certified instructors. They’ve also expanded access by offering the program online. Byers has plans to improve/grow the program even more if additional funding can be secured.

Megan's positive energy and wealth of insights have been key ingredients in the expanded partnerships that OSA enjoys around our state and indeed across the country.

-Lee Pearson, co-director of the Office for the Study of Aging

“Megan has brought Dementia Dialogues® to new heights,” says Daniela Friedman, chair for the Department of Health Promotion, Education, and Behavior and co-director of OSA. “She is an incredible colleague and coordinator of the OSA and an emerging leader in aging at the university and in the community.”

"Megan's positive energy and wealth of insights have been key ingredients in the expanded partnerships that OSA enjoys around our state and indeed across the country,” adds co-director Lee Pearson, who serves as associate dean for operations and accreditation at the Arnold School. “She is vital to the growth in our impact, and we look forward to that continuing well into the future."

Though the Byers we know today appears to be made for this role, she didn’t always know where her path would lead. As an undergraduate student, twenty-something-year-old Byers found herself in a career crisis before she even had one.

“I had no idea what I wanted to do with my career,” says Byers, who sat down with her academic advisor to find a way forward. “I was told that my passion was obviously – but not so obvious to me – social work.”

Curious to learn more, Byers gained practical experience in the field after she graduated with a psychology degree from Marietta College in Ohio and became a licensed social worker in 2013. First as an adult protective services social worker and then as an adult services program specialist, she spent six years working at the West Virginia Department of Health & Human Resources in her home state.

Certain of her commitment to social work and older adults, she enrolled at West Virginia University to earn a Master of Social Work (MSW) and a Graduate Certificate in Gerontology – graduating in 2018.

“When completing my MSW, I had field placements at various levels with different populations, but the aging population will forever hold a special place in my heart,” Byers says.

She made the move to South Carolina in early 2019, when the opportunity to work with OSA and the warmth of Columbia called to Byers. In addition to her primary role, Byers serves as an editorial assistant for the Journal of Women & Aging.

She also teaches courses for the College of Social Work and assists with health promotion, education, and behavior classes.

Outside of work, Byers and her husband enjoy time with their pets: a black lab named Mia and an orange tabby named Harley. In her spare time, she volunteers as guardian ad litem for vulnerable adults with the SC Department on Aging. 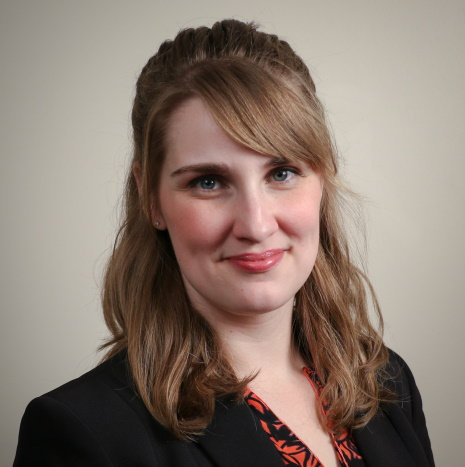 Megan Byers is the program coordinator for the Office for the Study of Aging and project manager for the nationally registered Dementia Dialogues® program.