It’s been a little over a decade since Donaldson Conserve, an assistant professor in the Department of Health Promotion, Education, and Behavior (HPEB), began studying HIV/AIDS. He was a master’s student in the biobehavioral health department at Pennsylvania State University’s College of Health and Human Development when his primary advisor, Gary King, invited Conserve to work on a project examining HIV/AIDS in Tanzania. The study sparked a lifelong passion for the topic and led Conserve to develop an interest in examining HIV testing rates and associated factors among men in Tanzania before earning a Ph.D. from the same department and then completing a postdoctoral fellowship in HIV/STD Prevention at the University of North Carolina at Chapel Hill.

Eleven years later, Conserve continues to study HIV prevention, treatment and care among men in Tanzania, South Africa, the United States and his native Haiti. Since 2016, Conserve has supported this work through a National Institutes of Health (NIH) Pathway to Independence Award (K99/R00), which he used to create the Self-Testing Education and Promotion (STEP) Project. Through the STEP Project, Conserve and his team, which includes students at all levels, investigate whether HIV self-testing versus testing at a healthcare facility would be an acceptable and feasible approach of increasing HIV testing among social networks of men.

In addition to numerous publications on the components (e.g., peer-education program) and effectiveness of the STEP Project, the program has resulted in global health research experience for students, including papers led by HPEB doctoral students. Conserve’s commitment to, and his frequent immersion in, the communities he studies has contributed to his growing reputation as an international expert in HIV prevention. As a result, the Tanzanian government has sought Conserve’s input on overlapping efforts, such as the launch of an HIV nationwide testing campaign focused on men (i.e., 2018-2020 Male Catch-Up Plan). In response, Conserve published recommendations for developing national strategies to leverage enablers and overcome barriers associated with the plan.

Stateside, Conserve’s achievements have been recently recognized with two prestigious honors. The first is the 2020 Emerging Professional – Graduate Degree Award from his alma mater’s College of Health and Human Development Alumni Society Board. This award recognizes graduates of the past ten years who have demonstrated outstanding professional excellence and exemplary community service in an area of expertise in health and human development.

Conserve’s second honor is his selection into the HIV Prevention Trials Network Scholar Program. With opportunities for scientists both domestic and abroad, this program provides early-career investigators with 18 months of funding support through a supplement from the National Institute of Allergy and Infectious Diseases, the National Institute on Drug Abuse, and the National Institute of Mental Health. Working with mentor Chris Beyrer (Johns Hopkins University), Conserve will assess dosage impact on HIV viral suppression among men who have sex with men.

“I am grateful for the mentorship and funding support I have received over the past decade that have made it possible for me to pursue a career in public health and have the opportunity to contribute to national HIV prevention efforts and mentor students,” Conserve says. “I have also benefited enormously from the Arnold School of Public Health and enjoyed the collegial nature of the HPEB department as well as funding support from the ASPIRE II in collaboration with Edward Frongillo and other HPEB faculty.” 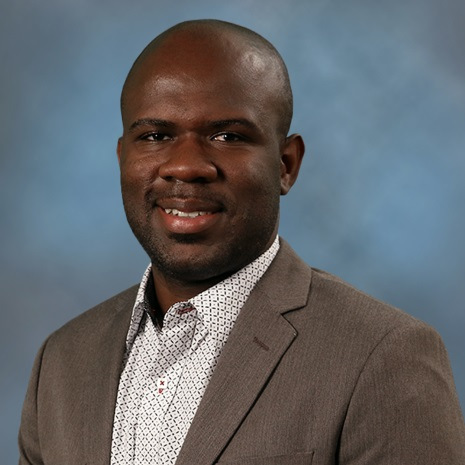