Daniela Friedman named editor for the Journal of Women & Aging

After years of contributing to the Journal of Women & Aging, health promotion, education, and behavior professor and chair Daniela Friedman has been selected to lead the journal as editor. Friedman has already served the journal in various roles, including manuscript reviewer, editorial board member and associate editor. Last year, she was invited to guest edit a special issue on communication and aging.

In alignment with the journal’s goal to address the unique health challenges that women face in their later years, Friedman’s own work focuses on communication with older populations. She is particularly interested in the areas of cancer prevention and control as well as Alzheimer’s disease and related dementias. This commitment is reflected in some of her other leadership positions, including co-director of the Office for the Study of Aging and multiple principal investigator for the Carolina Center on Alzheimer’s Disease and Minority Research.

As editor, Friedman plans to continue identifying challenges faced by aging and older women and their caregivers and networks, but she would also like to highlight their unique experiences. To achieve this aim, she will collaborate with the associate editors and editorial board members to focus on the state of the science, involve experts in the field, communicate clearly and often, be deliberate and creative with promotion, and support themed issues. As the older population increases to one in every five U.S. residents by 2030 and one in six people in the world by 2050, Friedman notes the importance of focusing on women.

“With life expectancy being higher for women than men, and with women often being the main information seeker and caretaker in families, having opportunities to learn from them, their families and social networks, and organizations with which they interact, is critical for understanding aging and older women’s needs and experiences and improving their health and quality of life,” she says.

Friedman’s passion for the intersection of women, aging and communication came from observing family members and their care partners struggle to understand diagnosis and treatment information shared by healthcare providers. Growing up, she admired these women who worked to educate themselves and loved ones – using resources from pamphlets in hospital waiting rooms to credible/questionable sites on the early World Wide Web to answer questions about complicated conditions such as cancer and dementia.

Before joining the Arnold School in 2006, Friedman received training in health studies and gerontology (with a focus on health literacy) through her master’s and doctoral programs at the University of Waterloo. In the 15 years since her arrival at UofSC, she has built a research program focused on these previously understudied areas.

In parallel, other researchers across the country and globe have been leading and contributing to scholarship on the unique health experiences of older populations. Now, three decades after it launch, the Journal of Women & Aging brings together researchers from a variety of disciplines and scholarly/clinical settings to provide researchers, educators, and practitioners with a comprehensive guide to supporting women into their later years.

Program helps caregivers of those with dementia 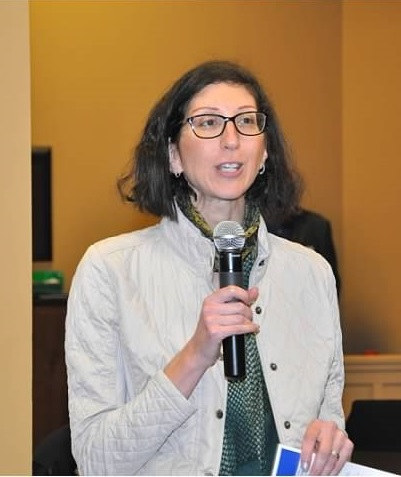 Daniela Friedman is chair of the Department of Health Promotion, Education, and Behavior and the co-director of the Office for the Study of Aging.