Arnold School of Public Health administrators Daniela Friedman and Lee Pearson will lend their collective leadership and expertise in aging issues to the Arnold School’s Office for the Study of Aging (OSA) as co-directors.

Friedman, Professor and Chair of the Department of Health Promotion, Education and Behavior (HPEB), is a respected researcher and thought leader in the field of healthy aging and is principal investigator for the CDC-funded South Carolina Healthy Brain Research Network. She also has experience translating research into practical applications such as The FriendShip Village launch, creating messaging about healthy aging and cognitive health, planning the S.C. Healthy Aging Forum in Dec. 2015, and partnering with the Puerto Rico Department of Health on dementia-focused social media platforms.

That’s where she and Pearson meet in the middle with their complementary expertise. Recently appointed as the Arnold School’s Associate Dean of Operations and Accreditation, Pearson was previously the Director of Operations for the South Carolina Institute of Medicine and Public Health. Through that role, he gained considerable experience convening partners with varying expertise to work together on larger, statewide initiatives, particularly around aging. Pearson has had key leadership roles in aging-related initiatives such as convening the state’s Long-Term Care Taskforce, serving on the board for the Alzheimer’s Association S.C. Chapter, and serving as a gubernatorial appointee to the Joint Legislative Committee to Study Services, Programs and Facilities for the Aging.

In reflecting on the School’s decision to engage co-directors in the leadership of OSA, Pearson says, “OSA’s founding director Carol Cornman left a tremendous legacy in the state and big shoes to fill. That legacy, coupled with the growing complexity of the issues related to healthy aging, made it vital that OSA bring in complementary expertise and diverse perspectives.” Pearson adds, “This Office has the ability to serve a platform for even broader collaborative activity and engagement. It can accelerate and increase partnerships, research, and funding, which will add significant value to the healthy aging landscape not just here at the Arnold School but also statewide and perhaps even nationally.”

With Americans living longer than ever before, particularly in South Carolina where the growth rate of this segment is among the top 10 fastest states, the older adult population (i.e., ages 65 and over) is expected to double over the next 25 years. The effects of these changing demographics are reflected in our society and economy, such as the boosts to tourism and the growing demand for healthcare and long-term care services. It is the complexity of these concerns that led former Lieutenant Governor Glenn McConnell to proclaim the issue of aging to be the central public health challenge of our lifetime.

In response to the challenge of assisting the aging population and their caregivers with the unique needs of these groups, funding and synergy around the topic of healthy aging have become more prevalent than ever before. OSA has a long history at the forefront of these efforts, steadily building credibility and partnerships among stakeholders within South Carolina’s aging community for nearly three decades. What is now known as OSA began when the Arnold School received a grant in 1988 to create the S.C. Alzheimer’s Registry. Though the registry was briefly located James F. Byrnes Center for Geriatric Medicine, Education, and Research in the mid-1990s, it has primarily resided at the Arnold School under various names. Over the years, OSA has since grown to include training, outreach, and evaluation components.

In 2015, the Arnold School’s largest benefactors, Norman J. and Gerry Sue Arnold, gifted $7 million to the School to establish the Arnold Institute on Aging—focusing on healthy aging from childhood (i.e., obesity prevention) to brain fitness (i.e., preserving cognitive health). Additional research within the Arnold School examines post-stroke communication problems and solutions as well as other aspects of cognitive health. Still others focus on conducting research and establishing partnerships to facilitate healthy aging within the community—a key strength of OSA and its new leaders, Friedman and Pearson.

The co-directors’ first focus is to look inward at OSA’s strengths: its people and existing resources, such as the Alzheimer’s Registry and outreach/education programs.

“We will be engaging faculty and students in the Arnold School and across USC as well as partners across the state in research, education, and outreach," says Friedman. “Collaborative initiatives will be key as we work to make a positive impact in our state. We have a tremendous opportunity to build on the work of previous OSA directors, Carol Cornman, Brenda Hyleman, and Ana Teixeira, and the new OSA team is eager to work with research and practice partners to continue their legacy of work.”

HPEB Associate Professor Mindi Spencer has been a faculty affiliate and researcher with OSA since joining the Arnold School. She will serve as the Associate Director of Research for the new OSA team.

“We have an amazing team of specialists who are well positioned to apply their expertise in research and community engagement to expanded OSA projects and partnerships,” says Spencer. These projects include recently awarded contracts from the S.C. Department of Health and Human Services to support research and outreach focused on the state Alzheimer’s Registry and the state’s Healthy Connections Prime program for those who are dually eligible for Medicare and Medicaid. Friedman and Pearson serve as co-principal investigators on these contracts.

“OSA has a lot of assets and potential,” Spencer says. “For example, the South Carolina Alzheimer’s Registry is a benchmark resource in terms of its diverse data and can be further optimized to provide valuable information to those who work in the field of aging.”

The Registry, which remains one of only three such state registries in the country (others include West Virginia and New York; Georgia has passed legislation to create a registry), includes several aims. It collects information on Alzheimer’s and other related dementias, provides data reports (e.g., annual prevalence, genetic transmission patterns), identifies resources for caregivers and family members, and offers information to public agencies for planning purposes on the needs of people with dementia and their caregivers. Maggi Miller, Research Associate in the Department of Epidemiology and Biostatistics, has been instrumental in her role as Registry Manager. Miller serves as a key contact for community partners who are interested in the analysis and dissemination of Registry data.

Through the efforts of its talented team and with support from various grants, OSA has developed expertise in elder abuse and protection as well as caregiver (e.g., Dementia Dialogues) and provider education (e.g., S.C. Department of Health and Human Services to conduct training for Prime providers). Along the way, OSA has collaborated with and participated in various taskforces, nonprofits, agencies, and committees on the topic of aging. For example, OSA continues to serve an integral role in implementing the recommendations set forth for the long-term care system in S.C. In addition, OSA is actively growing its community presence—engaging in events such as the opening of Leeza’s Care Connection and partnering with AARP to host a brain health booth at the S.C. State Fair.

“OSA has a long history of doing impactful work that is now more essential than ever before,” says Friedman. “We’re looking forward to advancing this impact even further by expanding on the critical public health issues related to healthy aging.” 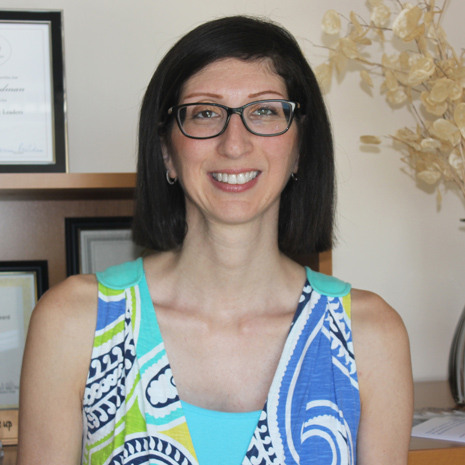 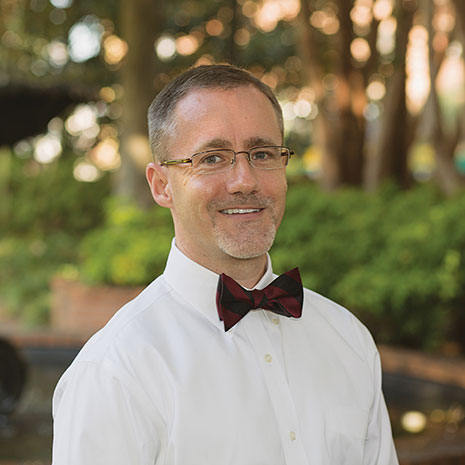