Caryn Melvin was first exposed to communication challenges when her father was diagnosed with an inoperable brain tumor at the young age of 48. “In the last months of his life we were unable to communicate, which was very difficult for our family,” she says. “We never saw a speech pathologist; in fact, we were never referred to one.”

It wasn’t until years later that Melvin learned that there was a field dedicated to helping others who had difficulty communicating. As soon as she discovered communication sciences and disorders (COMD), she immediately knew she would dedicate her career to it.

After earning a bachelor’s degree from Rhode Island College, Melvin completed back-to-back master’s and doctoral degrees from the University of South Carolina’s COMD department. Since then, she has amassed more than 25 years of clinical experience and close to two decades as a clinical associate professor with COMD. For her efforts, Melvin has been recognized with the 2013 Clinical Excellence Award from the International Association of Laryngectomees (IAL) and the 2006 Louis M. DiCarlo Award for Outstanding Clinical Achievement in the State of South Carolina.

Throughout her career, Melvin has also been committed to working with veterans and other diverse populations. One group she specializes in working with, and preparing future clinicians to work with, is laryngectomees (i.e., individuals who have had a full or partial removal of the larynx). A laryngectomy can result from laryngeal cancer, which has been linked to tobacco and alcohol use, human papilloma virus, and Agent Orange.

“The laryngectomy population has always held a special place in my heart,” Melvin says. “I worked with a very talented speech-language pathologist at the VA Medical Center in Columbia when I was first starting in the field, Carol Tanner, who had a special love for this population. She instilled me with this same passion, and when she retired from the VA I was entrusted with her patients.”

She’s paying it forward by teaching Arnold School students what she’s learned. Voice restoration following total laryngectomy is a specialty in the COMD field, and not all speech pathologists are trained in the three methods of voice restoration: tracheoesophageal voice prosthesis, esophageal speech or use of the artificial larynx.

“I have had the privilege of studying with amazing clinicians,” Melvin says. “For example, I was fortunate to work closely with Dr. James Shanks at the Voice Institute for several years. He was a master clinician who could work with all three methods of voice restoration and was especially gifted with teaching esophageal speech.”

Fittingly, Melvin received the James C. Shanks Master Clinician Award at the IAL annual conference in June. Awarded to an individual who has made outstanding career contributions and service to IAL in alaryngeal rehabilitation, Melvin was selected for the award because of her career-long dedication to this population and due to her very rare ability to teach esophageal speech.

Over the course of her career, Melvin has been devoted to helping laryngectomees restore their communication abilities and teaching future clinicians this very challenging craft. “We need more speech-pathologists to engage with this population,” she says. “Unfortunately, there are many underserved areas where patients are undergoing total laryngectomy and do not have benefit of a speech pathologist or a speech-pathologist who knows about voice restoration following total laryngectomee.”

Melvin was selected for the award because of her dedication and expertise in working with laryngectomies—a unique population that many clinicians are not trained or experienced enough to properly treat. “Dr. Melvin was honored with this most prestigious award as she has shown like compassion, integrity and exceptional skill in the field of alaryngeal rehabilitation,” says IAL Administrative Manager Susan Reeves. “She has promoted wellness for not only alaryngeal individuals who have lost their vocal chords but has been a champion for the families of these patients, volunteering her services to countless faces across a span of 20 years and counting. The IAL appreciates and is indeed honored to present the Dr. James Shanks Master Clinician Award to Dr. Melvin.” 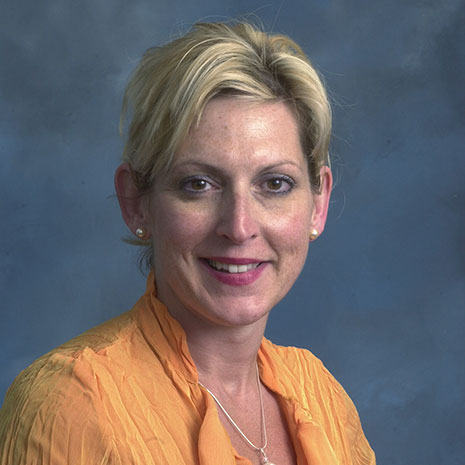