The below story was written by Dan Cook and republished here from UofSC Today.

It’s Nov. 3 in a first-floor classroom at the Honors College, and about 15 students are gathered to hear a guest speaker in SCHC 376, “Demystifying Elected Office.” Today’s speaker is Andy Shain, a longtime daily newspaper journalist who is now editor of the local weekly newspaper Free Times.

Shain is talking about covering politicians — how conflict makes for more interesting stories, how journalists should never take a politician’s statements at face value and how reporters should relentlessly ask ‘Why?’ to peel back the layers of a politician’s motivations.

In the back of the room sits an actual politician: Elise Partin, mayor of Cayce, S.C., and an adjunct professor in the Arnold School of Public Health. Partin launched the class this fall with the goal of doing exactly what the course title says — demystifying the idea of elected office by teaching students exactly what’s involved in the process of running for and holding an elected position.

The students are engaged, asking questions about plagiarism, the privacy rights of subjects, the climate for reporters in the presidential campaign and whether the editor addressing the class would ever run for office himself. He stops short of an outright “no,” but makes it clear that it’s not likely.

“Demystifying Elected Office” originated from a TEDx talk Partin gave a few years ago. When she saw a request for course ideas from the Honors College, she jumped on the chance to expand the one-off talk. One of her goals is to challenge the notion that running for office is out of reach of regular people. Among the many reasons people choose not to run, Partin says, is that they fear having to give up time and money and don’t want to be in the spotlight.

“I would say I probably felt all of those,” Partin says. “What I tell my students is it’s no different than community service. It does take time — and we've certainly given up time that I could have put toward other endeavors — but the city and how we live there safely and without high costs is worth standing up for.”

Whether her students end up running for office or not, Partin says, she hopes they will gain an understanding of what elected office is and isn’t.

“I don’t feel like I could do it personally,” says Jacob Swanstrom, a freshman international studies major from Minnesota. In politics, he says, “I feel like there’s an element of dishonesty — you have to make the facts seem a certain way.” Regardless, he’s enjoying the class. “Exploring politics is a very important aspect of being an American and of just being a citizen in general,” he says. “It’s probably my favorite class.”

For those who do seek elected office, Partin is an excellent role model of the citizen-politician. She holds a master’s in public health and has taught at the university since 1997, serving previously as the associate director for pre-professional advising and as director of campus wellness programs. In recent years, she has scaled back her university schedule to concentrate on that other job —  serving as mayor of Cayce, a community of 13,000 residents just west of Columbia across the Congaree River.

Partin’s initial foray into politics is instructive, too. She entered the fray not as an ideologue, but as a concerned citizen. In 2007, Cayce had announced plans to annex 3,000 acres of low-lying land from Richland County. The plan for the land — to build a massive development in a flood-prone area along the Congaree River — had already been rejected by both the county and the City of Columbia. With fewer environmentalists and lawyers than Columbia, however, Cayce appeared to developers like an easier place to sell the proposal.

Then Partin decided to run for mayor. Her 2008 candidacy became the vehicle for a groundswell of citizen sentiment against the plan, and she was elected Cayce’s first female mayor. Since then, Cayce has seen SCANA’s headquarters head its way, the opening of the nationally acclaimed Cayce Tennis Center, further development of its riverwalk and progress on the 12,000 Year History Park, documenting an early Native American presence in the area. Cayce also has been recognized as a top destination in the state for recent graduates and millennials and as a tax-friendly city for retirees. Partin herself enjoys a reputation for business-friendly and progressive, ethical leadership.

For government to work well, Partin says, it needs a wide range of viewpoints.

“One of the first exercises we did was to look at what the educational backgrounds and the careers of the legislators at the Statehouse are, so they could see that there are a lot of a legislators from certain types of industry and not a whole lot of others,” she says. “There are a lot of lawyers, a lot of insurance industry folks, and a lot are retired, or maybe they own their own business. Because of the time it takes to serve, it limits who can go up there.”

In the future, she hopes, a wider range of people will be inspired to seek office — especially women. 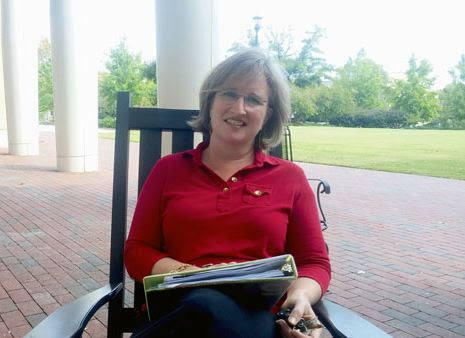 Elise Partin, adjunct professor of exercise science, is also the mayor of Cayce. She entered politics not as an ideologue, but as a concerned citizen.