When Deborah (Debbie) Billings was in high school, a number of her friends became pregnant. Sex education was limited to slides of disease and malaise and access to contraceptives was limited for young people. For Billings, these connections sparked a lifelong passion for reproductive health, rights and justice. The Arnold School adjunct faculty member (Health Promotion, Education, and Behavior) and affiliate (Health Services Policy and Management) has spent the ensuing three decades working to ensure that women and men around the world have the information and access they need to govern their own bodies and lives.

“After experiencing the lack of sexual education in high school and seeing my friends struggle with teen pregnancies, I knew there had to be a better way,” says Billings.

She became involved in the sexual and reproductive health and rights arena from that point forward, focusing her undergraduate thesis on the topic (i.e., contraceptive access among women in Costa Rica) while studying Anthropology and Latin American Studies at the University of Pittsburgh. She then earned master’s and doctoral degrees in sociology from the University of Michigan, where she served as a contraceptive and sexuality peer counselor with the school’s health services office.

After experiencing the lack of sexual education in high school and seeing my friends struggle with teen pregnancies, I knew there had to be a better way.

During her doctoral program, Billings worked in several refugee camps in southern Mexico, where she documented rural Guatemalan women’s political organizing in exile. Women’s overall lack of access to reproductive health services, including basic pap smears and contraceptives, was significant. After completing her Ph.D., she joined Ipas, a global organization dedicated to ending preventable deaths and disabilities from unsafe abortions. With Ipas, Billings worked with public health systems in countries throughout Latin America and Africa, collaborating on research that tested effective and ethical ways to offer women safe, legal abortion services, as well as services that addressed complications from unsafe abortion in contexts where legal frameworks limited access to safe abortion services. Research findings often translated into changes in policies and practices.

In 2009, Billings moved to South Carolina where she engaged in research, teaching and advocacy as a full-time faculty member in the Arnold School’s Department of Health Promotion, Education, and Behavior (HPEB) and the College of Arts & Sciences’ Women’s & Gender Studies program. After five years at the Arnold School, she joined the New Morning Foundation where she directs Choose Well, a statewide contraceptive access initiative.

“We are working with health services, community-reaching organizations, policy makers, and others to effect systems and policy changes to continuously improve access to contraceptive care services for women and men in South Carolina,” says Billings. “An estimated 52 percent of all pregnancies in South Carolina are unintended. We want to help create the conditions that empower all who live in South Carolina to make informed decisions about if, when and how they choose to be pregnant.”

She has also continued serving as an adjunct faculty member, research collaborator, and student mentor at the Arnold School. One current research project with HPEB Assistant Professor Emily Mann and PASOs examines the experiences and understanding of contraceptives and services among Latino community members. Billings inspires undergraduate and graduate students to blaze their own trails in the reproductive health arena, with mentees studying everything from postpartum depression in Mexico to paternal involvement in child rearing to the stigma experienced by those who are not HIV-positive but who work with individuals who live with the virus.

An estimated 52 percent of all pregnancies in South Carolina are unintended. We want to help create the conditions that empower all who live in South Carolina to make informed decisions about if, when, and how they choose to be pregnant.

Throughout this time, she has consulted for global organizations, such as the World Health Organization and the United Nations. Billings’ focus has been trifold: access to safe abortions, access to contraceptives, and preventing/addressing gender-based violence. Her primary approach is to work with healthcare systems to develop programming that local public health sectors can then implement.

At the state level, Billings has served on the board for Sexual Trauma Services of the Midlands and has been instrumental to the success of an innovative prenatal care program, CenteringPregnancy. This program has proven to be influential in reducing racial disparities in birth outcomes, resulting in the South Carolina Department of Health and Human Services investing in the expansion of the program throughout the state.

As an expert in the field, Billings not only leads S.C. in advancing reproductive health, rights and justice, but her reputation extends across the country and around the world. Recent evidence of her important role includes her invitation to serve as the key note speaker at Ball State’s prestigious John P. McGovern Lecture to receive the 2016 John P. McGovern Award. Several hundred people attended her public lecture on Reproductive Rights, Reproductive Justice: Systemic Movement toward Genuine Contraceptive Access, held on World Contraception Day (September 26).

“This two-day event provided a space for interested individuals to come together and learn more about work being done throughout the country and the world, to know that there are global movements dedicated in ensuring that all people can exercise their human rights, with sexual and reproductive rights included,” says Billings. “My hope for the lecture I gave is to put the issues of reproductive health, reproductive rights, and reproductive justice in the minds and on the agenda of faculty and students. I also hope this conversation is able to facilitate the connection among economic, social, political and reproductive issues as they are all connected.”

During Billings’ visit, she also guest lectured for several classes and hosted a screening of Las Libres. This documentary, co-produced by Billings, tells the stories of women who were imprisoned for “abortion” (often miscarriage) in Mexico’s state of Guanajuato and the activists who worked tirelessly to free them.

“The Arnold School and HPEB are extremely fortunate to be collaborating with Dr. Billings, an experienced public health leader, researcher, educator and activist,” says HPEB Chair Daniela Friedman. “Our students continue to benefit tremendously from her mentorship, and research and advocacy experience.” 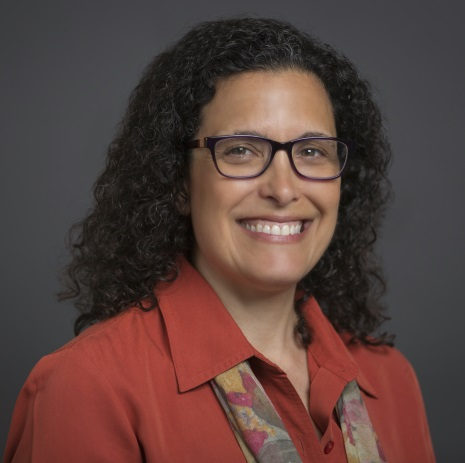 Deborah Billings is the director of Choose Well, a statewide contraceptive initiative with the New Morning Foundation. She is also an Arnold School adjunct faculty member (Health Promotion, Education, and Behavior) and affiliate (Health Services Policy and Management).