In an age of complicated interventions and highly technical lab experiments, Sara Wilcox is returning to a time-tested approach: meeting the people where they are. The exercise science professor uses this technique as she integrates her backgrounds in clinical psychology and chronic disease prevention to improve the health of understudied and underserved populations.

“Over time I’ve become more and more interested in developing and testing interventions that can be woven into people’s normal everyday life,” says Wilcox. “Vulnerable populations in particular face so many barriers to participating in some of our traditional types of research studies.”

Wilcox began studying ways to promote physical activity in underserved populations, including African Americans, women and older adults, when she joined the University of South Carolina in 1999. While the details of each study have varied, the common thread throughout her work has remained consistent: community engagement practices with vulnerable populations and a focus on physical activity and healthy eating.

Over time I’ve become more and more interested in developing and testing interventions that can be woven into people’s normal everyday life.

Her first major project partnering with faith-based organizations resulted from a 2002 grant from the Centers for Disease Control and Prevention (CDC) and was co-led by Medical University of South Carolina (MUSC)’s Marilyn Laken. The grant aimed to address the physical activity and obesity challenges that had been previously identified by MUSC in partnership with AME Church. They reached out to Wilcox due to the Arnold School’s expertise in physical activity, and together the researchers used a community-based participatory approach to promote physical activity in more than 300 AME churches across the state.

“This grant really launched my work in this area, and I’ve been doing work with churches since then,” Wilcox says. “Partnering with churches seemed like an ideal way to reach populations experiencing health disparities.”

Wilcox continued this partnership with the AME church when she received her first National Institutes of Health R01 grant. This project allowed researchers to collaborate with church leaders and members to develop and test an intervention to help churches create healthier environments for physical activity and healthy eating. The resulting Faith, Activity, and Nutrition (FAN) program is now indexed in the National Cancer Institute’s Research Tested Intervention Programs, a searchable database of evidence-based programs.

With support from a $4.35 million, five-year grant from the CDC, Wilcox and her team* are halfway through the next phase in this work. Using the Prevention Research Center, which Wilcox directs, as a home base, this project involves testing the dissemination and implementation of FAN through county- and state-wide studies.

“Our goal is to help churches make healthier places for members and even for their communities—places where people have opportunities to be active and eat healthy, where the environment supports these behaviors, and where they see messages about health that link with their religious beliefs,” says Wilcox. “I think these approaches are important to study because they have a lot of potential to be sustained in the long term.”

Over the years I’ve seen that faith-based communities and public health have a lot in common—most important being our holistic view of health and our desire to improve the lives of people.

The response from participating churches has been enthusiastic, with leaders and members viewing the FAN program as an opportunity to become “healthier, fitter disciples for Christ” (see article in the South Carolina United Methodist Advocate about the 100+ United Methodist Churches who have received training). Wilcox has been invited by United Methodist Global Ministries to present about FAN and their partnership to representatives from across the United States at the United Methodist Day of Health.

“Over the years I’ve seen that faith-based communities and public health have a lot in common—most important being our holistic view of health and our desire to improve the lives of people,” says Wilcox. “And this commonality makes for meaningful partnerships.”

Sara Wilcox elected to join the National Academy of Kinesiology 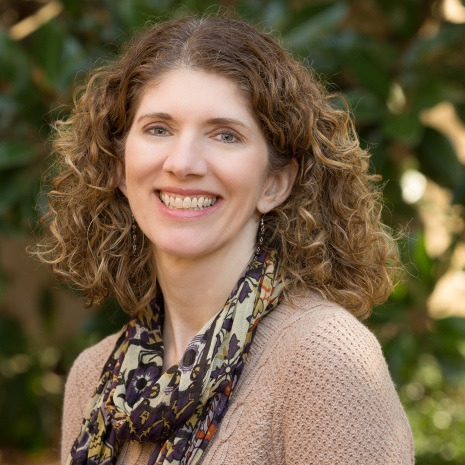 Sara Wilcox is a professor in the exercise science department. She also serves as director for the Prevention Research Center.