Tatiana Martínez-Jaikel had already been working in the field of public health for 15 years when the Arnold School crossed her radar. As a nutritionist with a master’s in social work, Martínez-Jaikel was working as a faculty member at the University of Costa Rica’s School of Nutrition when she learned about USC’s programs from a colleague.

Melissa Jensen, Martínez-Jaikel's co-worker and a student in the master of science in public health (MSPH) in health promotion, education, and behavior (HPEB) program, introduced her to HPEB professor Edward Frongillo. A few months later, Martínez-Jaikel made a trip to UofSC to write a journal article with Frongillo and meet some of the other faculty members in the HPEB department.

“I had good feelings about the programs, students and professors, so I decided to apply to the Ph.D. program,” she says.

Martínez-Jaikel began her career in public health 20 years ago by earning a degree in nutrition from the University of Costa Rica. With interests in human behavior, education and health promotion interventions, she has more than a decade of experience implementing healthy life style programs for low-income women in Costa Rica.

In 2011, she earned a master of social work from the same institution. For this program, she conducted a qualitative study with food-insecure women with excess body weight.

“Building on this knowledge, I wanted to design, implement and evaluate an intervention,” Martínez-Jaikel explains. “The HPEB program of study offered the knowledge and skills that I needed to conduct this research.”

During her doctoral program, Martínez-Jaikel published two journal articles related to food insecurity and obesity in women. She also presented at the American Society for Nutrition Conference in Boston.

Frongillo served as her mentor, advisor and dissertation chair—guiding Martínez-Jaikel ’s academic work and providing the support she needed to complete her studies. Associate professor Christine Blake was also an influential mentor.

“I learned from Dr. Frongillo that to mentor students, we should care for our students integrally, which means to help them not just to improve their knowledge, skills and capacities, but also motivate them to be good human beings,” she says. “I learned from Dr. Blake not only qualitative research but also about how to get a balance between work and personal life.”

For her dissertation project, Martínez-Jaikel  spent two years researching and developing an intervention for women in Costa Rica who are discouraged and have food insecurity and excess body weight. Her research demonstrated that the intervention, carefully designed with community partners to promote women’s self-care and sharing of home responsibilities, could improve food security while also reducing rather than increasing excess body weight. During her studies, she received a scholarship from the Office of International Affairs of the University of Costa Rica and also volunteered with the healthy lifestyles program in the Municipality of Alajuela where she grew up.

After defending her dissertation in July, Martínez-Jaikel returned to her role as a professor and researcher at the University of Costa Rica. She plans to contribute to her academic and local communities through her institution's three pillars: teaching, research and social action—all areas of expertise she advanced during her doctoral program. She also plans to replicate and improve upon the intervention she conducted for her dissertation project.

“HPEB is an excellent program for people who want to work in the public health field; it has highly qualified professors, and people in the department are supportive and kind,” Martínez-Jaikel says. “I am grateful for the support that I received during my time at USC. I always received kindness and help from all the people around me.” 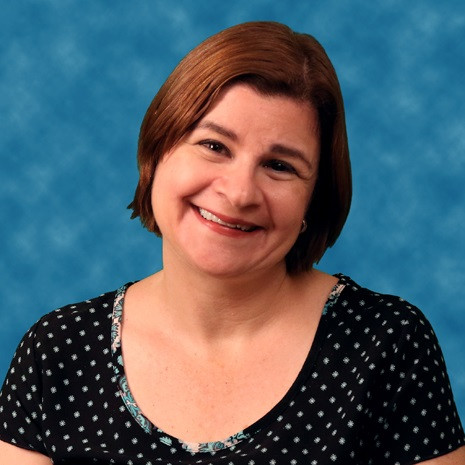 Tatiana Martínez-Jaikel graduated with a Ph.D. in health promotion, education, and behavior.