Growing up in Lancaster, S.C., Evthokia (Effie) Spears was familiar with Columbia because her family attended the Greek Orthodox Church on Sumter Street. But there was another reason she felt right at home in her state’s capital. Her mother, aunt and uncle had all attended USC for their undergraduate studies.

“As immigrants from Greece, we have always cherished the education they were able to receive from USC,” Spears says. After attending admitted students day in April of her senior year in high school, it was no longer a question for Spears. She would be the fourth UofSC alumni in her family.

Her passion for health had already been well established by the time Spears stepped onto the Carolina campus. At 11, Spears watched her 18 month-old sister struggle with pneumonia to the point of hospitalization.

“I remember caring for her and admiring the pediatrician so much that I wanted to be just like her,” Spears says.

At 13, Spears’ aspirations to improve children’s health were confirmed when she completed a career assessment that returned “pediatrician” as her ideal vocation. “From that moment forward, I have pursued medicine in every sense,” she says.

After arriving at USC, Spears began to explore majors that not only prepared her for medical school but also sparked her interests. “When I saw courses, such as Psychology of Physical Activity and Physiology of Strength and Conditioning, I was ecstatic,” she says of choosing to study exercise science. “I also loved how we got a foundation in public health, and had the option of taking health, promotion, education, and behavior courses. I have always loved sports, and the B.S. in exercise science allowed me to combine my love of physical activity, love for the public, and love of science.”

My experience as an exercise science major has been unique and rich because I have sought out a diverse number of experiences.

Through her program, Spears met exercise science clinical assistant professor and undergraduate director Raymond Thompson. “He was a very difficult professor, and his courses always demanded a lot of focus and dedication, but ultimately his courses taught me how to have a good foundation of study habits,” she says. “I also had him as my advisor, and he was always pushing me to be more involved or to seek out different experiences so that I would learn in different settings.”

Outside her program, the Capstone Scholar served as a University 101 Peer Leader, president of the Pre-Medical, Dental, and Health Club, class representative for the Exercise Science Club, and a medical volunteer during an International Service Learning trip to Nicaragua. Beyond campus, she has served as president and vice president of the Orthodox Christian Fellowship and volunteered with Palmetto Health Baptist’s Nesting Unit, where mothers bond with their newborn infants after delivery.

In recognition of her efforts, Spears has achieved Graduation with Leadership Distinction in Community Services and Capstone Scholars designation. She was also included in Who’s Who Among College Students and named a National Panhellenic Scholar.

In addition to her time spent outside her program, Spears took every opportunity to incorporate volunteer work into her coursework, such as her practicum, which she spent helping children with developmental delays at The Therapy Place. “My experience pursuing graduation with leadership distinction experience was enhanced by having a public health background,” she says.

The fields of public health and exercise science have a LOT to offer, and your experience can be what you make it.

A December graduate, Spears will be working to improve public health in Lancaster at the J. Marion Sims Foundation where she interned last summer, and she’ll be preparing her medical school applications. She would also like to travel with her grandparents for Easter to the small Greek village where they still have family. After medical school, Spears will pursue a residency in pediatrics and eventually establish a private pediatric office where she will welcome all children, especially those who have disabilities and learning delays.

“My experience as an exercise science major has been unique and rich because I have sought out a diverse number of experiences,” she reflects on her undergraduate experience. “The fields of public health and exercise science have a LOT to offer, and your experience can be what you make it.” 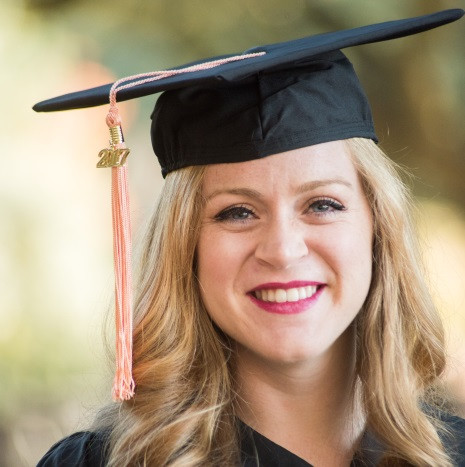 Effie Spears graduated with a B.S. in exercise science in December and is planning a career in pediatric medicine.