I Am Public Health: Joshua Sparks

Known around the Public Health Research Center for his blue jeans and cowboy boots, Joshua Sparks is originally from Shreveport, Louisiana—near the Texas and Arkansas borders. A lifelong Louisiana Tech University fan, Sparks studied mechanical engineering there for three years before taking a one-year sabbatical.

Although he had always been physically active growing up, Sparks had never thought purposefully about physical activity. As a college student, his regular exercise sessions disappeared and, without a kitchen and later not even a meal plan, his eating habits suffered greatly. He took a year off to focus on his health, and this decision changed his personal life and altered his professional course.

“During my year sabbatical from college I began exercising and changing my dietary habits on my own,” says Sparks, who ended up competing and receiving sponsorships as a triathlete for many years. “When I began changing my own personal lifestyle habits was the moment that I realized that being physically active and conscious about what you were consuming was important for not only physical health, but mental well-being.”

When he returned to school, this time at the University of Louisiana at Monroe, Sparks channeled his new interest in health into his major: exercise science. After his 2010 graduation, he returned to Louisiana Tech University to complete a master’s in the same area of study.

Decreased physical activity and the state of being overweight or obese plays a major role in overall health.

During his bachelor’s and master’s programs and the ensuing three years, Sparks gained professional experience in the field of exercise science. His various roles included exercise scientist at a cardiac rehabilitation clinic, strength and conditioning assistant for the Louisiana Tech University baseball team, strength and conditioning specialist at a sport performance facility, cardiology technician and exercise physiologist at Duke University Medical Center, and research technician at the Duke Molecular Physiology Institute.

“While at Duke University Medical Center, even though I primarily worked at the primary cardiology clinic and with cardiac patients, I noticed that many of the patients I interacted with had other co-morbidities associated with a lack of physical activity, and most were either overweight or obese,” says Sparks of his decision to pursue a Ph.D. “Decreased physical activity and the state of being overweight or obese plays a major role in overall health, and my experiences at Duke and its institutes influenced me to want to learn more at the best university possible.”

Sparks wanted to perform research of his own design and the University of South Carolina’s prestigious reputation, along with the Ph.D. in exercise science degree's status as the No. 1 doctoral program in the nation, made it the obvious choice. At the Arnold School, Sparks developed his interests in physical activity and dietary patterns and utilizing interventions to modify these lifestyle factors aimed to improve metabolic and cardiovascular outcomes associated with overweight or obese populations.

He has also amassed a variety of clinical, research and teaching experience and connected with important mentors. Distinguished Professor of exercise science J. Larry Durstine influenced Sparks through his books and papers well before Sparks set foot on campus. Durstine proved to be an even better mentor in person, guiding Sparks on how to excel at teaching and serving as a genuine supporter throughout the program.

Exercise science assistant professor Xuewen Wang, Sparks’ dissertation chair, continues to play an essential role in his development. “She took a chance on a country boy from Louisiana to work in her lab, lead her American Heart Association grant-funded WORDS study, and continued to feel confident to offer more responsibilities with each passing day,” says Sparks, who has three peer-reviewed publications and is currently the principal investigator for the Aerobic Treadmill Exercise And Metabolism Study as part of his Support to Promote Advancement of Research and Creativity-funded dissertation research.

“Dr. Wang is compassionate and understanding, while also having expectations for you to strive for success as an individual. Her background, education, and training is second to none, and I consider myself grateful and lucky to be able to work with a mentor such as her. I wouldn’t trade this experience for the world and feel as though I will leave this lab fully capable to be an independent researcher and future mentor.”

After his 2019 graduation, Sparks plans to pursue a post-doctoral fellowship and continue researching lifestyle interventions aimed towards clinical populations. Long-term, he would like to work in academia, where he can research and teach/mentor students. Wherever he goes, Sparks’ dog, Amber, will join him. With his closest family more than eight hours away, Amber provides the stress relief and support Sparks has needed to suceed in his doctoral program.

“There are always going to be obstacles standing in your way, as well as people who will not support you or agree with your decisions,” the Norman J. Doctoral Fellow says of choosing to pursue a graduate degree in public health. “At the end of the day only you must live the decisions you make, and hopefully those decisions positively impact other people’s lives.” 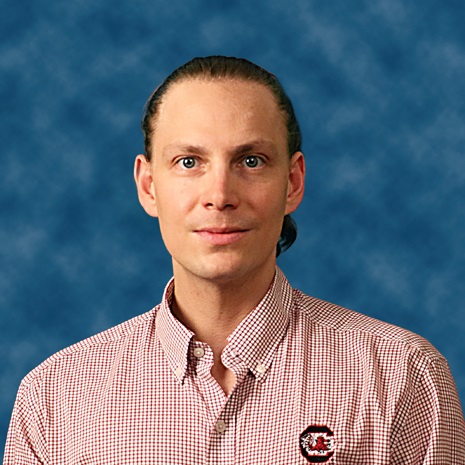 Joshua Sparks is a doctoral candidate in the exercise science department.