Leading the leaders. Professor strengthens the world’s reading experts through service to the Society for the Scientific Study of Reading

Lesly Wade-Woolley is entering the last leg of an eight-year stint in the highest ranks of the country’s premiere reading organization. The associate professor of communication sciences and disorders (COMD) has been involved in the Society for the Scientific Study of Reading (SSSR) since she attended the group’s first meeting in 1994, and her commitment has grown ever since.

In 2012, she was elected vice president of the organization—a position she held for two years and which entailed organizing SSSR’s annual conferences in Santa Fe, New Mexico (2014) and The Big Island, Hawaii (2015). She was also instrumental in the planning of the Porto, Portugal (2016) and Halifax, Nova Scotia (2017) annual meetings.

Her vice president role was followed by two years as president elect. At the end of 2017, Wade-Woolley wrapped her two-year term as president of the organization and will now begin her final two-year appointment as past president, where she is responsible for nominations, membership and general guidance to the Board of Directors.

SSSR grew from a desire among experts to form a conference where reading researchers in the empirical tradition could meet and share their work. Ronald Carver is credited with organizing the first conference in 1994 as a satellite group of the American Education Research Association.

Wade-Woolley, who was a University of Toronto doctoral student at the time, remembers that it was a one-day event of plenary sessions with less than 100 people in attendance. Registration was $10 and annual membership was $25 for students, $50 for regular members. Six years later, in 2000, the group held their first standalone meeting. Located in Stockholm, this meeting was also the first held outside North America and marked the organization’s evolution to becoming a true international society. By this time, they had also debuted their journal, Scientific Studies of Reading.

Today, SSSR has nearly 700 members from close to 40 countries around the world. Its members are researchers with backgrounds in education, psychology, communication sciences and disorders, and medicine, but they all share the same goal: understanding how children learn to read and how to best support them when they struggle with this momentous task. In short, the Society has become the premier association of reading researchers in the world.

“The multi-faceted nature of our work is reflected in the membership that we attract,” says Wade-Woolley. “I know this because I have attended every meeting since its inception. SSSR has been my intellectual home for 24 years.”

If SSSR has been Wade-Woolley’s home for the past 24 years, then she has undoubtedly been one of its pillars. Her own research, prosody (i.e., speech rhythm) and children learning a second language, has been published extensively in the Scientific Studies of Reading and presented at SSSR’s annual meetings. In addition to contributing as a scholar, her service contributions have helped transform SSSR into the internationally recognized professional reading organization it is today.

“One of Lesly’s biggest impacts as president was creating opportunities for students, postdoctoral fellows, and early career investigators to become familiar with the SSSR organization,” says COMD assistant professor and fellow literacy researcher Suzanne Adlof. “She was a big supporter of the student preconference and started the ‘breakfast with a researcher’ tradition, where young investigators were paired with distinguished investigators in the field.”

“She shepherded the Society through a difficult transition and also helped to oversee improvement overall in aspects of the website,” adds another past president, Catherine McBride, a professor at the Chinese University of Hong Kong. “She has been instrumental in recruiting new members of each of our committees. Lesly has been a great liaison to a lot of people and supported all the other officers in ensuring that SSSR delivers excellent meetings and continues to communicate research not only via the meetings but via our top-notch journal.”

The rest of the Society agrees that Wade-Woolley’s contributions have been immeasurable. In recognition of her influence, she received a standing ovation after her presidential address at the 2017 meeting. 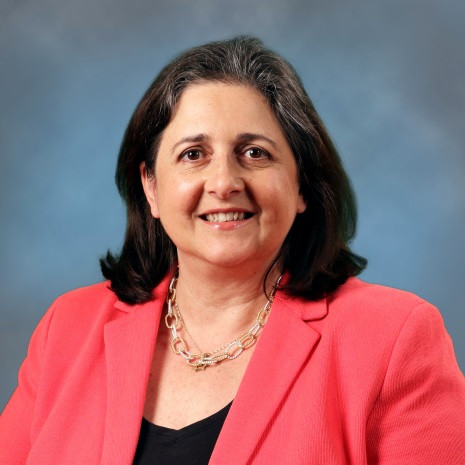 Lesly Wade-Woolley is an associate professor in the department of communication sciences and disorders at the Arnold School of Public Health.