I Am Public Health: Timothy McHenry

Growing up in a suburb of New York City, Timothy McHenry was the oldest of four active boys—all born within a five year period. They played sports throughout their childhood, incurring an array of musculoskeletal injuries, and for McHenry, a few broken bones.

These injuries and their subsequent recoveries were the first sparks that ignited McHenry’s interest in medicine, particularly orthopaedics. Then he attended the Massachusetts Institute of Technology to study mechanical engineering and discovered that his major provided a solid foundation for this career path.

“Mechanical engineering applies fairly directly to understanding the function of the human musculoskeletal system as well as the practice of orthopaedic surgery, including the design and use of orthopaedic implants,” McHenry explains.

During his undergraduate program, McHenry had participated in the Reserve Officers Training Corps, and he continued his military service and training until he returned to school—this time at New York University—to earn his medical degree in 1991. He then completed an internship in general surgery and a residency in orthopaedic surgery at the University of Texas Southwestern Medical Center.

I consider an MPH important for me now to better understand the delivery of healthcare in the U.S. and at GHS specifically.

McHenry spent the next 10 years serving in various roles for the U.S. Army (e.g., orthopaedic surgeon, chief of orthopaedic spine surgery, surgical team commander) and continuing his education through two fellowships (spine surgery, orthopaedic trauma surgery). By 2006, McHenry’s military service was drawing to a close, and he and his family began looking for civilian medical practices that dovetailed with McHenry’s interest in complex spinal surgery.

“The Greenville Health System (GHS) job was, and is, an excellent opportunity to practice high-level, complex spinal surgery at a regional referral center with the advantages of living in a medium-size city instead of a large city,” says McHenry, who also signed on as an associate professor at the USC School of Medicine Greenville when it opened in 2012.

Pursuing a master of public health (MPH) had been an interest of McHenry’s since he was a spinal surgery fellow at the University of Washington, where one of his mentors was completing an MPH. After completing his military service and then developing the spinal surgery program at GHS, McHenry finally had time to return to this interest in 2016. Serendipitously, this opportunity presented itself just as the American healthcare industry began to foreshadow significant changes.

“I consider an MPH important for me now to better understand the delivery of healthcare in the U.S. and at GHS specifically,” McHenry says. “We are in a period of rapid transition with many possibilities, and the MPH curriculum has been very instructive and enabling in understanding the factors in the transition and, hopefully, helping me to contribute to the goals.”

I’ve found the MPH program of study to be very interesting and applicable to achieving a better understanding of our healthcare delivery system.

McHenry chose health services policy and management (HSPM) as his concentration area for his MPH degree, which he will complete in May. “The value of the MPH program has already been apparent in my activities here at GHS and elsewhere,” says McHenry, who has applied what he’s learned about quality improvement from clinical associate professor Kelli Kenison to his role as the vice chair of medical staff affairs in GHS’s department of orthopaedic surgery. He’s also used what he learned in adjunct professor Mark Barnes’ course on Financing Healthcare to the financial performance data review that he conducts as a member of the GHS Cost Efficiency Performance Team.

Another way he has used his MPH education has been the application of Sudha Xirasagar’s International Health course to understanding healthcare delivery in Uganda. As a member of the Scoliosis Research Society’s Global Outreach Committee, McHenry traveled to Kampala, Uganda last year to work with and develop a program to aid in the delivery of spinal surgery care at the Mulago Hospital—an ongoing effort that he will return to with another trip in February.

“I’ve found the MPH program of study to be very interesting and applicable to achieving a better understanding of our healthcare delivery system,” McHenry says. “I’ve also found the program to be very feasible, despite a busy clinical practice.” 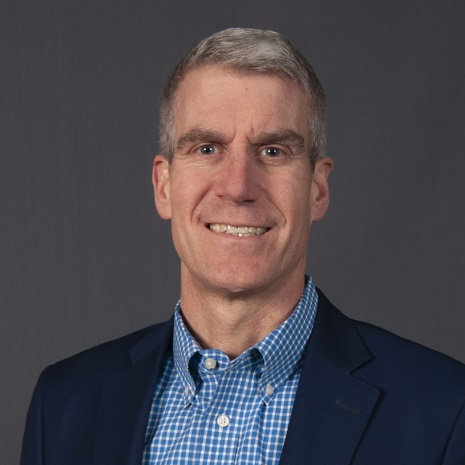