I Am Public Health: Shy’Davia Baxley

South Carolina is known as a rural state, but Shy’Davia Baxley’s hometown is so small that it doesn’t even have a traffic light. Half an hour southeast of Aiken, the 180 residents of Elko face many of the challenges that accompany life in rural America, including access to quality health care. Baxley became interested in public health, particularly maternal health among black women, after nearly losing her mother and younger sister to a difficult pregnancy.

“I began to constantly encounter more horrific stories from multiple black women regarding their pregnancies and birthing experiences,” Baxley says. “Statistics back this observation, with data consistently revealing that black mothers often experience adverse birthing experiences and even higher maternal mortality when compared to mothers of other races.”

After completing high school in nearby Williston, South Carolina, Baxley began her undergraduate career as a biology major at the College of Charleston. It was during a public health course her freshman year that Baxley was introduced to the field of epidemiology. She became interested in epidemics and the course’s food detective activities helped her realize she had a talent for investigation, patterns and establishing causality.

“I did more research into the field of epidemiology and literally immediately began shaping my life towards pursuing a career in the field,” she says. “I haven’t looked back since.”

Following her sophomore year, Baxley transferred to UofSC as a public health major and graduated from the program in 2018. During her two years as an undergrad at Carolina, the Dean’s List Honoree gained professional experience at the Boys & Girls Club of the Midlands.

“Working with the Boys and Girls Club led me to realize how education and public health both tie in and work together,” says Baxley, who also has volunteered with Red Cross’ Disaster Action Team and with an organization called Respite Care, which works to support older adults living with dementia. “At Respite Care, we were able to put smiles on faces by making pizzas, conducting game days, and even holding impromptu talent shows. Through these different volunteer experiences, I was able to fully grasp the importance of public health while also realizing and better understanding the intersectionality and diversity of the field.”

Following her bachelor’s graduation, Baxley joined the Arnold School’s Master of Public Health in Epidemiology program and discovered even more about the field. In addition to maternal health, her diverse interests now include health disparities and social determinants of health, cancer epidemiology, injury and violence epidemiology, and psychiatric epidemiology.

Through her program, she connected with epidemiology clinical associate professors Linda Hazlett and Myriam Torres who provided the support and encouragement Baxley needed to succeed during her first two semesters. Professor Jihong Liu taught one of Baxley’s first courses and also came to serve as a role model.

“She’s spent a lot of time researching maternal health, so I knew she would be the perfect person to assist me with my practicum,” Baxley says. “I reached out to her inquiring advice, and she hasn’t been able to get rid of me since. She’s been extremely patient and helpful, and I cannot thank her enough!”

Outside the Arnold School, Baxley secured a graduate assistantship as a statistics and research analyst with the state’s Department of Health and Environmental Control’s South Carolina Central Cancer Registry. This population-based data system continuously collects cancer incidence information with the state and has received multiple awards. Thus far, Baxley has spent most of her time working on a multi-institution study aimed at better understanding breast cancer causes – with a focus on identifying genetic factors – in African Americans to address disparities in higher severity and death rates from breast cancer compared to other races.
“I’ve been blessed to work firsthand with established epidemiologists and other public health professionals and have assisted in data collection with cancer studies,” Baxley says. “The most rewarding part of my job is getting to see how epidemiological processes are used in real time, gaining a better understanding of the actual process of conducting studies, and getting to interact with many different patients.”

This fall she will begin her year-long practicum at Prisma Health with a focus on maternal health among African American women. Baxley will partner with health professionals to learn how Prisma Health serves low-income, high-risk African Americans with the goal of reducing preterm births, adverse pregnancy outcomes and high infant mortality rates. She will also be conducting a formal evaluation of the state’s largest not-for-profit health organization’s impact on maternal and child health outcomes using data from Prisma Health’s previous phases.

After her 2019 graduation, Baxley plans to pursue a position at an agency or organization that is focused on improving public health through epidemiological means. Long-term, her dream is to become an epidemiologist for the Centers for Disease Control and Prevention.

For those with similar goals, Baxley urges students to use their time as undergrads to dabble in multiple sectors of public health. “Public health is so diverse, and there are many different rewarding routes that one can take,” she says. “Start volunteering to assist in different projects, attending seminars, and speaking with professors involved in research. By doing so, you can more easily identify your passion AND simultaneously begin spicing up your resume/CV.” 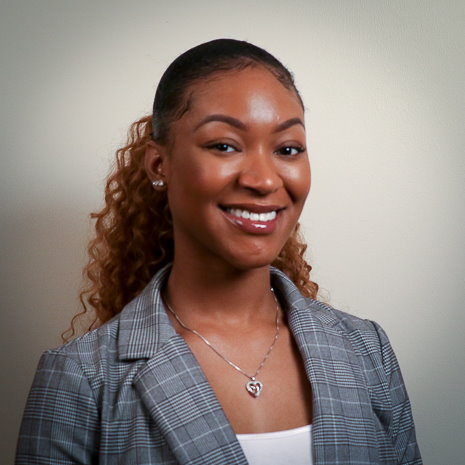