I Am Public Health: Rebecca Wardrop

Rebecca Wardrop was born in Houston, but she spent her formative years overseas. Her dad worked for Shell, and the family spent a decade in The Netherlands, where it was founded, and five years in England – moving back and forth between the two countries. Beginning in high school, Wardrop’s father fostered her interest in statistics – encouraging his daughter to move beyond simply finding the right answer to homework problems and to instead think more about the relationships between the concepts she was learning about.

“This helped me develop an interest in learning more about the theories behind the surface-level work of that first course,” Wardrop says.

When it was time for Wardrop to choose an institution for her undergraduate studies, she went with the College of Wooster in Ohio, where she continued studying statistics through her mathematics and economics programs. It was during this time that she began applying concepts from her coursework to social- and health-related topics. As a participant in the Applied Mathematics Research Experience, Wardrop worked as a consultant analyzing custody data for Child Protective Services, which led her to discover biostatistics. Her honors thesis modeled fertility decisions in relation to female labor force participation.

“Attending a small college allowed me to build relationships with professors in a way that might not have been possible at a bigger school,” says Wardrop, who was hoping to find a similar feeling at a bigger school for her graduate studies. “The epidemiology and biostatistics department here was the perfect size where I felt like wasn’t going to get lost in the shuffle while still being academically rigorous.”

In 2016, Wardrop graduated from UofSC with a Master of Science in Public Health in Biostatistics. Two years later, a result of the positive relationships she had developed with her professors, she returned to the Arnold School to pursue a Ph.D. in the field.

“Dr. James Hardin provided great support in choosing a topic for my master’s thesis and provided a wealth of knowledge and information that was invaluable throughout the process,” Wardrop says. “Dr. James Hussey’s passion for teaching, and especially for teaching statistics, was infectious.”

As a doctoral student, Wardrop is continuing to learn about new ways to model and analyze health data. During the past year, she has worked with associate professor of biostatistics Alexander McLain and faculty from East Carolina University and Furman University to study the association between guideline concordant care and patient experience among patients with colorectal cancer. Wardrop has also begun working with Blue Cross Blue Shield of South Carolina to help create reports for the Medicare Statistical Analysis department. Long term, she’d like to gain additional experience applying what she’s learning through her Ph.D. program by working in the health industry. 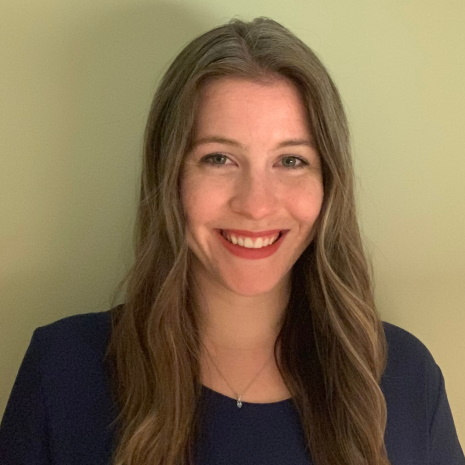 Doctoral student Rebecca Wardrop chooses Arnold School’s Department of Epidemiology and Biostatistics to benefit from a personalized program in a big school setting as she prepares for a career in biostatistics.