Christopher Toumey, a research associate professor in the department of environmental health sciences (ENHS) and the South Carolina SmartState Center for Environmental Nanoscience and Risk (CENR), has published a book with Cambridge Scholars Publishing. The book, Nanotech and the Humanities: An Anthropologist Observes the Science of Atoms and Molecules, is a collection of 29 papers Toumey has published on the subject.

Toumey is not new to studying different disciplines from a humanities and social sciences perspective. His interest began with his dissertation, when he examined the relationship between science and religion as an anthropology doctoral student at the University of North Carolina-Chapel Hill in the mid 1980s. He continued studying the anthropology of science, publishing two books in the process, until he extended his interests to nanotechnology (i.e., the branch of technology that focuses on the nanoscale—less than 100 nanometers—especially the manipulation of atoms and molecules) in 2003.

In 2006, Toumey began publishing four commentaries a year in Nature Nanotechnology. His work fits within the aims of a National Science Foundation program known as SEIN (i.e., Societal and Ethical Implications of Nanotechnology), which fostered efforts to examine nanotechnology from the humanities and social sciences perspectives. Meanwhile, Toumey noticed that there were several good books about nanotechnology but fewer than he expected given that many humanities and social sciences scholars had been studying the subject for years.

“My hope is that Nanotech and the Humanities will show readers—scientists, engineers, students and nonscientists who are curious about science and technology—that the humanities and social sciences can contribute to our understanding of science and technology, including nanotechnology,” Toumey explains. “For example, we can use research on the history of nanotechnology to show how certain conditions helped to shape the current state of nanotech. And while I am the author of each of the 29 chapters in this book, I often use my writing to present the high-quality work of others in the SEIN community.”

The sixteen years he has spent studying nanotechnology have been some of the best of his career, according to Toumey. This is due partly to his ability to contribute to the field but also because of the opportunity to work with colleagues in the humanities, social sciences, natural sciences and engineering. The marriage of his doctoral training in anthropology with his passion for nanotechnology has yielded no shortage of possibilities for future projects. He even has an idea for his next book.

“When I began to study nanotechnology, I did not expect to find similar issues of technology-and-religion to what I studied as a Ph.D. student, but there are issues there, and they turn out to be very different from issues of science-and-religion,” says Toumey. “So I intend that my next book will examine religious reactions to new technologies, emphasizing that this topic ought to be seen as something different from the well-known topics of science-and-religion.” 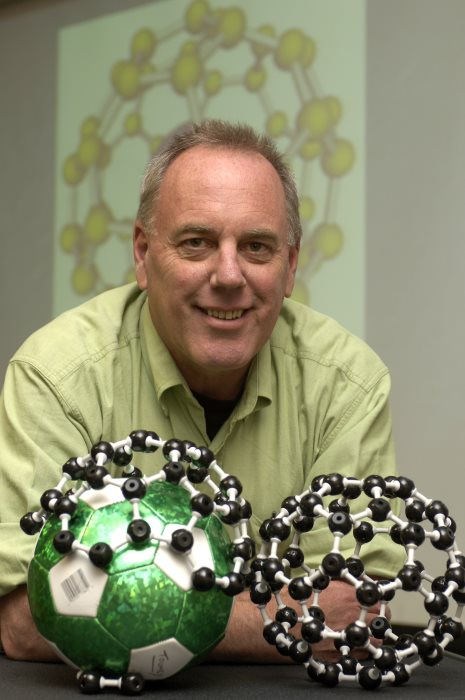 Christopher Toumey is a research associate professor in the department of environmental health sciences and the South Carolina SmartState Center for Environmental Nanoscience and Risk.