Stephanie Child’s path to UofSC began at an annual conference of the American Public Health Association. An undergraduate course in health psychology opened the San Diego native’s eyes to some of the social factors that drive health behaviors and outcomes, and she continued her studies with a Master of Public Health at San Diego State University.

It was at the conference, where Child presented her research on green space and physical activity, that she met health promotion, education, and behavior (HPEB) associate professor Andrew Kaczynski. He encouraged her to apply to the HPEB department’s doctoral program, and she enrolled in 2012 and conducted research in Kaczynski’s Built Environment and Community Health (BEACH) Laboratory.

“Dr. Kaczynski was my primary mentor throughout the program,” Child says. “Even though my research interests started to broaden during the course of my studies, I owe a lot to him in terms of the opportunities I was given, from exposure to grant and manuscript writing, to teaching and advising students, as well as working with community-based organizations and collecting data in the field.”

During her four years at UofSC, the Norman J. Arnold Doctoral Fellow refined her research interests to focus on the role of personal networks (i.e., relationships with family, friends, colleagues) on cardiovascular disease and related conditions (e.g., hypertension). Part of this work involved collaborating with Kaczynski to lead the Greenville Healthy Neighborhoods Project through a grant from the Blue Cross Blue Shield Foundation of South Carolina in collaboration with LiveWell Greenville. Her research has also addressed the social patterning of disparities in cardiovascular disease.

According to Child, social relationships are theorized to affect health through three main pathways. They provide resources and social capital; they shape health-promoting and health-risk behaviors through social influence; and their absence can lead to social isolation and loneliness – all of which affects health. Child studies all three of these pathways to examine causal associations between personal networks and cardiovascular disease.

These interests have been influenced by her interactions with two other mentors, HPEB associate professors Spencer Moore and Katrina Walsemann (who recently took another position). “Dr. Moore, who is an expert in social networks and social capital, introduced me to a lot of theory and literature that has shaped my current research agenda and the ways in which I think about social networks and health,” says Child. “Dr. Walsemann helped me to think critically about and elevate my research agenda. She really took me under her wing and continued to mentor me after I graduated, which was extremely helpful when I eventually went on the job market.”

That job market would have to wait beyond Child’s 2016 graduation as she sought additional training through a postdoctoral fellowship in population health at University of California, Berkeley. After winning a $1.1 million National Institutes of Health (NIH) Pathway to Independence Award (K99/R00), Child remained in California for another two years – serving as a research associate in a joint role at the flagship university’s Berkeley and San Francisco campuses.

This five-year grant will follow Child to Massachusetts for her first tenure-track position as an assistant professor of social and behavioral science in the Harvard T.H. Chan School of Public Health. Now, she’ll be the one designing and teaching a social networks course, a task for which Child has already enlisted input from Moore.

“I can’t emphasize enough how important it is to find the right mentors – people who will support your ideas, encourage and promote your personal and professional development, and go to bat for you when it’s necessary,” Child says to students interested in public health. “In this career path, you’ve got to network and self-promote – like using twitter to connect with other researchers and highlight your publications – while also being open to being polished by others. I don’t think I could have been successful without taking a lot of the advice and constructive criticism of my mentors. Finally, be open to new ideas and topics. Senior researchers don’t have time to do all of the really cool, niche stuff, so when they mention a good idea or problem for a graduate student to tackle, take it and run.” 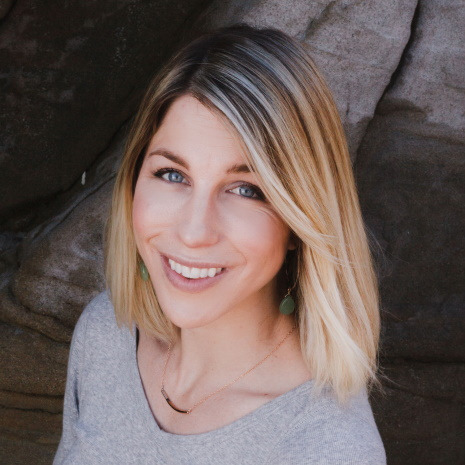 Stephanie Child is a 2016 alumna of the Ph.D. in Health Promotion, Education, and Behavior program. She will joing the Harvard T.H. Chan School of Public Health as an assistant professor in October.