Victoria Lambert, a doctoral candidate in the Department of Health Promotion, Education, and Behavior, has been awarded a $200K grant from the National Institutes of Health to conduct research addressing cancer disparities among Latinos. The study builds on a larger project examining the effectiveness of cigarette package inserts to help smokers quit that is led by HPEB professor Jim Thrasher.  Other co-Investigators include HPEB associate professor Rachel Davis, who lends her expertise in the study of cultural factors and communications among Latinos, and Diego Leal, assistant professor in the UofSC Department of Sociology, who is an expert on how social networks influence health.

Supported by a five-year $2.7 million grant from the National Cancer Institute, Thrasher’s study evaluates whether messages about the benefits of cessation and tips to quit on cigarette package inserts (i.e., small, printed leaflets inside of cigarette packs) can help smokers quit. The researchers are halfway through data collection from the randomized control trial with intensive daily data collection to evaluate the effects of inserts on smoking-related perceptions and behaviors, including conversations that smokers have about the inserts and cessation.  .

Lambert’s study will build on this project by comparing the impacts of cessation messages between Mexicans and Mexican-Americans, including how social network characteristics and cultural values influence their responses to these messages. In the U.S., Latinos are the largest (18 percent of the population) and most rapidly growing minority group. Mexican Americans make up two-thirds of U.S. Latinos and exhibit smoking patterns that are very similar to those observed in Mexico, where males are much more likely to smoke than females and nondaily smoking is common; however, they are more likely to smoke and to smoke more frequently as they become more acculturated to the U.S.

“Interpersonal communication about cessation messages is a key sociocultural mechanism promoting smoking cessation behaviors,” says Lambert, who is preparing for a career in tobacco control and health communication research. “Yet, the factors that explain the large differences in these communication patterns across groups are unknown. Understanding the cultural and social network processes that promote conversations about health messages can inform future cancer disparities interventions, particularly for Mexican Americans.”

To increase scientists’ understanding of these processes, Lambert and the study team will extend Thrasher’s current project to include an observational study of male daily smokers in Mexico, Mexican Americans who primarily speak Spanish, and Mexican Americans who primarily speak English. During a four-week period, they will deliver messages about the benefits of cessation and tips to quit each day by phone and administer daily surveys to query smoking-related perceptions and behaviors over the prior 24 hours. The researchers will analyze the collected data to assess the cultural and social network mechanisms that influence cessation-related conversations and evaluate message influences on these conversations across the participant groups.

“This study will be the most detailed evaluation of how cultural factors and social network characteristics influence conversations that lead to smoking cessation,” Lambert says. “By focusing on factors that appear particularly important for Mexican Americans, we anticipate that the results will help identify ways to more effectively reduce cancer-related disparities among U.S. Latinos.”

I Am Public Health: Victoria Lambert 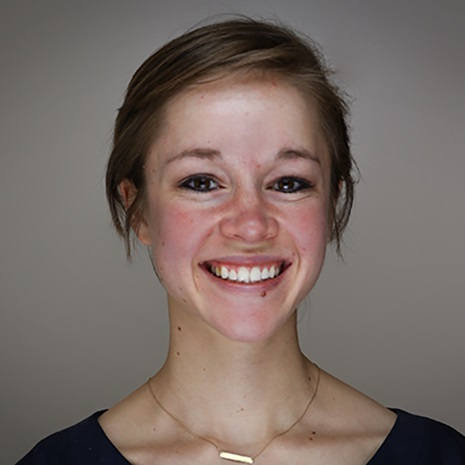 Victoria Lambert is a doctoral candidate in the Ph.D. in Health Promotion, Education, and Behavior program.