The National Institute on Minority Health and Health Disparities has awarded nearly $3.5 million to epidemiology associate professor Nansi Boghossian to examine the links between racial/ethnic disparities and higher-level factors such as hospital quality and Medicaid expansion. During the five-year project, Boghossian and her team will investigate the extent to which hospital quality contributes to maternal racial/ethnic disparities in 14 U.S. states, societal and individual level maternal factors associated with using versus bypassing high-quality hospitals, and whether Medicaid expansion has impacted hospital quality and maternal outcomes.

Previous research has demonstrated that minority women are more likely to deliver in low-quality hospitals and have a higher within-hospital risk of adverse outcomes, compared to white women – regardless of the type of insurance. However, scientists do not know whether the findings from this study, which took place in New York City, can be applied to other cities or regions, especially rural areas.

Other unanswered questions include: Why are there differences in where women of different racial/ethnic status deliver? What roles do macro-level societal and structural conditions (e.g., systemic racism) play? How have policies such as Medicaid expansion impacted hospital quality, especially safety-net and rural-serving hospitals?

“With this study, we’re moving beyond individual-level factors to examine how higher-level dynamics explain racial/ethnic disparities in maternal outcomes,” says Boghossian. “We urgently need this information to design effective interventions that address these disparities, which remain a significant public health problem.”

For this project, the team will use birth certificate and hospital discharge data as well as other datasets from 14 states, representing at least 40 percent of U.S. births.to develop a ranking system of hospitals that will enable them to better understand the contribution of hospital quality to racial/ethnic disparities. The recent Medicaid expansion component will serve as a natural experiment, allowing the researchers to compare each state to itself, before and after expansion.

“At the end of the study, we will have a better understanding of racial/ethnic disparities in the healthcare system among mothers in 14 states with a mix of urban and rural populations,” Boghossian says. “This information should help us identify potential areas for improvement that can have profound implications on reducing disparities.”

Boghossian’s research focuses on maternal and child health, particularly in the context of racial/ethnic disparities. She earned a Master of Public Health in Epidemiology and Biostatistics at the American University of Beirut and then a Ph.D. in Epidemiology at the University of Iowa before completing a three-year postdoctoral fellowship at the Eunice Kennedy Shriver National Institute of Child Health and Human Development. She joined the Arnold School’s Department of Epidemiology and Biostatistics in 2014. 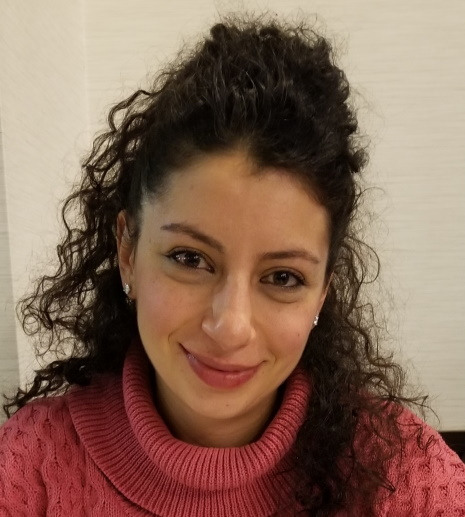 Nansi Boghossian is an associate professor in the Department of Epidemiology and Biostatistics.