The Office of the Vice President for Research has announced the 2020 research-related service awards, and associate professors Jan Eberth (Department of Epidemiology and Biostatistics) and Brie Turner-McGrievy (Department of Health Promotion, Education, and Behavior) are among those selected from across the university. Eberth received a Distinguished Research Service Award, and Turner-McGrievy was honored with a Distinguished Undergraduate Research Mentor Award.

“One of the top priorities of our office is to support faculty, students and postdocs through a wide variety of internal research programs. But our office cannot do this on our own,” says UofSC Vice President for Research Prakash Nagarkatti. “We rely on faculty members from every corner of the UofSC system to support these programs by evaluating proposals and mentoring students through the research process. The faculty members receiving 2020 Distinguished Research Service Awards and Distinguished Undergraduate Research Mentor Awards have done a great deal to serve the UofSC research community. It is my pleasure to congratulate and thank our dedicated 2020 award recipients!”

Eberth is an epidemiologist who joined the Arnold School in 2013 with expertise focusing on cancer and rural health. Since 2018, she has served as the director of the Rural and Minority Health Research Center (previously known as the South Carolina Rural Health Research Center), which works to identify and address problems experienced by rural and minority populations in order to guide research, policy and advocacy. The scientist’s own research program centers on health disparities in the United States, particularly studies that aid in the prevention and treatment of commonly diagnosed cancers.

For example, Eberth led studies on the availability of low-dose computed tomography for lung cancer screenings in the United States. Her team also examined lung cancer mortality rates across geographic regions and the spatial proximity of high-risk populations to screening centers.

“As a whole, faculty benefit greatly from the programs and infrastructure in place at the university to support our research. Serving in roles such as grant reviewer, award judge, and/or committee member help keep these programs alive and accountable,” says Eberth. “In addition, this work has given me the opportunity to put the golden rule into practice and lead by example.”

While many of Turner-McGrievy’s master’s and doctoral students applied to Arnold School graduate programs with the aim of working with her, undergraduate mentor-mentee relationships generally evolve organically. The process often looks like this: after taking one of Turner-McGrievy’s academic courses, students approach her about contributing to her research projects in ways that align with their interests (e.g., assisting with cooking demonstrations, checking participants’ blood pressure, calibrating activity trackers); Turner-McGrievy and the students look for ways to support a more in-depth project (e.g., Honor’s thesis, Magellan grant, practicum, independent study); students are invited to participate in BRIE Lab team meetings where they learn more about activities across the group and are introduced to graduate students who often serve as mentors as well; Turner-McGrievy encourages students to present their work at both the university level (e.g., Discover USC) and at local/regional conferences and engages them in team activities such as bowling and painting.

“Dr. Turner-McGrievy’s efforts and encouragement have allowed me to build confidence in my abilities and made me excited to continue to be involved in research in the future,” public health senior and Honor’s thesis advisee Kathleen Hill says of her mentor, who also won the Early Career Mentorship Award from the Society of Behavioral Medicine.

“One of the biggest joys of mentoring students is to see where they end up in their careers post-graduation,” says Turner-McGrievy, who has mentored more than 20 undergraduate students during her time at UofSC. “Being able to contribute to the success of my students and forming those relationships makes me so proud and grateful for the opportunity to serve as a mentor.” 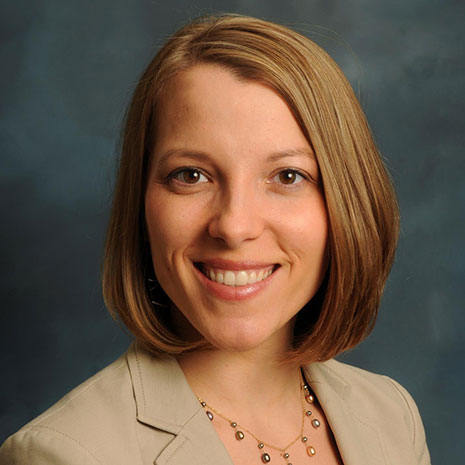