Members of the Department of Communication Sciences and Disorders’ (COMD) Aphasia Laboratory, an interdisciplinary group of researchers working to improve communication function following stroke, have published a paper included in the top ten list for the most downloaded/read articles of the 750 papers published by American Speech and Hearing Association journals in 2019. The article, Progression of Aphasia Severity in Chronic Stage of Stroke, was published in the American Journal of Speech-Language Pathology.

Working closely with COMD Ph.D. alumna and current research assistant professor Alexandra Basilakos, doctoral student Lisa Johnson served as lead author on the paper. “It’s really amazing that a Ph.D. student served as first author on such a high-impact article during her first year in the program,” says Julius Fridriksson, director of the Aphasia Lab and a professor in the COMD department. “I have no doubts that this paper will get lots of citations and will continue to be downloaded at a high rate.”

As an undergraduate student studying speech and hearing science at Arizona State University, the Oklahoma native worked in a lab investigating the neurobiology of language (e.g., second language learners, chronic aphasia recovery, hearing loss). “The most compelling line of research I was involved in during that time was in aphasia recovery using neuroimaging methods, and I've continued to follow that line of work in my graduate studies,” Johnson says.

Aphasia, a communication disorder resulting from stroke or injury to the brain that impacts an individual’s ability to speak, listen, read and/or write, is present in approximately 30 percent of all cases of stroke. Experts estimate that two million people in the United States are living with chronic aphasia.

“The severity of impairment among stroke survivors with chronic aphasia is typically thought to be stable by six months post onset – with little improvement or decline beyond this point,” says Johnson. “However, recent studies have shown that aphasia recovery doesn’t merely plateau during this time, and we were interested in investigating what factors may lead to such changes in the chronic stage of recovery.”

These findings prompted researchers at the Aphasia Lab to investigate why some individuals improve while others remain stable or decline during the chronic phase of aphasia. Few studies had examined these variations, and even fewer studies have tracked changes in aphasia over time.

With their study, the authors provided a comprehensive analysis of potential demographic and health information variables to determine which factors can help predict changes in aphasia severity during the chronic phase. Using data from the Center for the Study for Aphasia Recovery (C-STAR), which Fridriksson also directs, the team analyzed information related to the diagnosis and treatment of 39 stroke survivors with chronic aphasia.

“We are very unique at C-STAR to have such a large and rich dataset of our participants with aphasia, many of whom generously volunteer to participate in any study we have at the lab,” Johnson says. “Because we have been collecting these data for many years, it became an interest of mine to see what the chronic stage actually looks like over a long period of time.”

Their findings provided further evidence that many individuals experience aphasia recovery during the chronic stage of stroke. They also discovered noteworthy associations from among the demographic characteristics they examined. Consistent with previous studies, the findings from this research suggest that older age at stroke onset and diabetes both have negative effects on language recovery while speech-language therapy plays an important role in improving outcomes. Despite previous research findings that exercise improves aphasia outcomes, the current study did not find a significant association; however, those with diabetes who exercise experienced better aphasia recovery than those with diabetes who did not exercise.

While further studies are needed to dig further into the role of additional health demographics in aphasia recovery, the present findings have clear implications.

“Standard clinical practices typically assume that the severity of communication impairment is stable among chronic patients; however, the most compelling finding from our study is the evidence that aphasia treatment can continue to benefit participants – even well into the chronic stage of recovery,” Johnson says. “Further, we learned that maintaining good, overall health by exercising – and managing diabetes – may also lead to significant gains in recovery.” 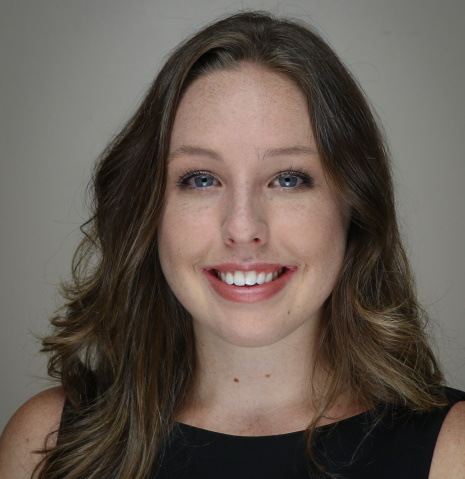 Lisa Johnson is a doctoral student in the Ph.D. in Communication Sciences and Disorders program.