Anwar Merchant, a professor in the Department of Epidemiology and Biostatistics, has been awarded $400K from the National Institute on Aging. He will use the two-year, R21 grant to examine the relationship between four groups of antibodies against periodontal microorganisms and Alzheimer’s disease. The goal of this project is to identify antibodies against periodontal microorganisms as biomarkers that can complement existing diagnostic tools to enhance early diagnosis and risk prediction of Alzheimer’s.

“Certain periodontal antibodies remain elevated in the blood for up to 15 years following exposure and precede the development of cognitive impairment by several years,” Merchant says. “These antibodies may therefore be useful novel biomarkers of Alzheimer’s disease.”

Merchant’s own research has shown that antibodies developed in reaction to 19 different periodontal microorganisms consistently predicted all-cause, cardiovascular and cancer mortality. With this study, his team will extend this application to the predictive capabilities of periodontal antibodies on Alzheimer’s disease.

“The evidence linking poor oral health to increased risk of dementia and Alzheimer’s disease clearly continues to strengthen,” Merchant says. “The results from this study will not only help identify those at risk for Alzheimer’s disease but may also indicate that treating periodontal disease will provide a feasible strategy to reducing this risk.” 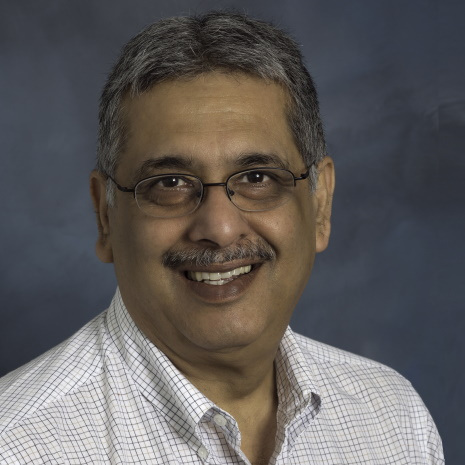 Anwar Merchant is a professor in and director of the epidemiology division for the Department of Epidemiology and Biostatistics.