David Shinn is approaching his second retirement. The first took place in 2001 after 21 years of service to the United States Air Force. Shinn had led a very different life during his first career, but it was one that ultimately led him to the Arnold School as the Director of Human Resources.

Basic training began in 1980 for the New Jersey native. Shinn became a jet engine mechanic and was assigned to the F-4 Phantom (Wild Weasel and the F-111). During the Gulf War he served in the jet engine intermediate maintenance shop. After the conflict, the military experienced a reduction in personnel and Shinn’s two primary aircraft were taken out of service. He crossed trained in human resources and earned a bachelor’s degree in the field from Saint Leo University.

“During my career in the Air Force, I was always part of team that was larger than any one individual and I enjoyed being a part of a group,” Shinn says. “UofSC has provided that same type of atmosphere. I have been surrounded by excellent people and great supervisors.”

Within two years of his retirement, Shinn had found his way to UofSC. In the nearly two decades since then, he has provided human resources support for two main areas of the university: international faculty and staff and, since 2014, members of the Arnold School.

Through his early years at UofSC, Shinn developed expertise in facilitating the approval of overseas faculty, including immigration services and international education exchange. In this role, he completed the appropriate checks/actions and advised academic and administrative units to ensure compliance to state and federal laws, regulations and mandates, as well as UofSC policies, across all eight campuses. He also specialized in the nuances of the state’s classification and compensation systems.

At the Arnold School, he has employed the skills and knowledge accumulated during the first 35 years of his career while learning and applying new information on a daily basis.

“My main role is to take care of people and their needs for faculty, staff and now students also,” Shinn says. “My job is to make sure others don’t have to worry about human resources actions to allow them to concentrate on their responsibilities.”

His favorite part of his job is working with people over processes (though he does a lot of both). Shinn says there are simply too many happy moments over the past seven years to point to a favorite but that he’s been most proud when the Arnold School has come together in times of adversity.

Shinn will help ensure a seamless transition in the role of human resources director by training his successor during the weeks leading up to his September 30 retirement. April Davis, a 12-year veteran of UofSC’s central human resources team, will support the Arnold School as the new director.

“We have been extremely fortunate to work with David Shinn over the past seven years as he has provided unwavering support for the everyday operations of the school and the continuously changing circumstances and HR challenges we have faced,” says Thomas Chandler, dean of the Arnold School. “We wish him the very best in his retirement and extend a warm welcome to April Davis as she joins the Arnold School family.” 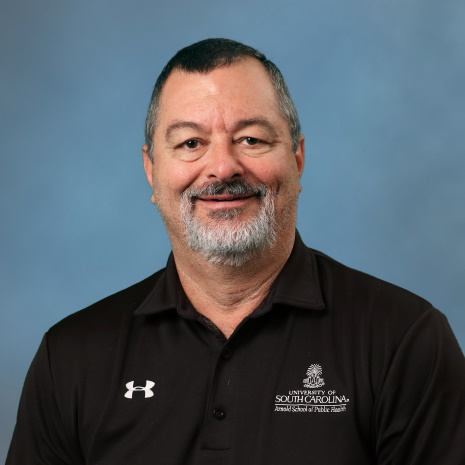 David Shinn is the Director of Human Resources. He retires later this month after seven years at the Arnold School.