Research led by Nicole Hair, an assistant professor in the Department of Health Services Policy and Management, has found that states that adopt child care mandates for the pneumococcal conjugate vaccine (PCV) see a corresponding increase in the proportion of children (ages 19-35 months) who are up to date on their pneumococcal vaccines – an effect that was evident in the first year following the policy implementation and lasting at least seven years. Hair, who collaborated with colleagues from Montana State University and the IZA Institute of Labor Economics, published the study in the American Journal of Preventive Medicine.

“When immunization rates are sufficiently high, pathogens cannot travel as easily from person to person, and the entire community is less likely to get the disease. This is known as herd immunity,” Hair says. “If vaccine rates fall, however, community-wide outbreaks of preventable disease can – and do – still occur.”

According the Centers for Disease Control and Prevention, the invention of vaccines is one of the most significant public health achievements in recent history, yet the effectiveness of various immunizations is wholly dependent on their wide-spread use. Federal and state policy makers play a key role in building on the success of the U.S. immunization program’s prior gains by implementing legislation that ensures the continued and expanded use of vaccines.

Previous research has demonstrated that vaccination mandates for elementary and middle school attendance result in higher rates of immunization and lower rates of morbidity and mortality from vaccine-preventable disease. However, the effectiveness of similar requirements for child care attendance is currently understudied.

The researchers analyzed data from the 2001-2018 National Immunization Survey – Child, which included information from nearly 300K children. Over the course of the 18-year study period, 40 states and the District of Columbia adopted policies mandating PCV. The incremental expansion of vaccination requirements across states provided a natural or “quasi” experiment that allowed the researchers to precisely estimate the effect of state laws that require PCV for child care attendance. The authors found that a statewide child care mandate for PCV increased the likelihood that young children were up to date with their pneumococcal vaccines.

Specifically, Hair and her colleagues found that the adoption of a statewide child care mandate for PCV increased the likelihood that young children ages 19-35 months completed the four-dose PCV series. These increases were seen in the first year following policy implementation and persisted over a period of at least seven years.

“Child care mandates are effective in increasing the proportion of young children who are up to date with their pneumococcal vaccines.,” Hair says. “Our findings indicate that requiring proof of vaccination for licensed childcare programs can help states achieve and maintain effective coverage levels for recommended childhood vaccines. 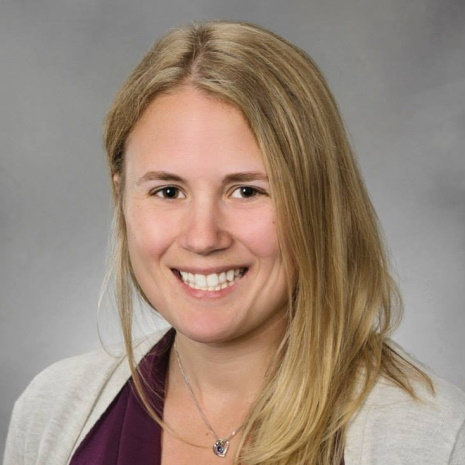 Nicole Hair is an assistant professor in the Department of Health Services Policy and Management.