On the very first day of her master’s program, Sara Goldsby realized she needed to turn her single degree into a double. She was on a case management rotation with the oncology unit at a local hospital for her Master of Social Work program when she had her epiphany.

“I realized there was a lot of work to do on health systems in order to help vulnerable people,” Goldsby says. “I immediately went back to UofSC to figure out how I could shift to the combination degree program and earn a Master of Public Health in Health Services Policy and Management alongside my social work degree.”

During my three years in those two programs, I was building a toolkit. That’s what getting those degrees was about for me – getting the skills and knowledge I needed to apply to whatever was next.

Originally from Wyoming, Goldsby had long considered South Carolina her true home. She had spent summers on the coast with extended family and moved to the Palmetto state just two days after her high school graduation. She loved her psychology program at Coastal Carolina University but was at a loss as to how she should best use it in her career.

The next several years saw Goldsby working in various roles – from legal to dental practices and hospital case management – learning along the way that she loved health settings but still uncertain as to how to incorporate those interests into her profession. Her mentors, who happened to be social workers, recommended she earn a master’s degree in the field, so she applied to UofSC and soon transitioned into the combination program.

“During my three years in those two programs, I was building a toolkit,” Goldsby says. “That’s what getting those degrees was about for me – getting the skills and knowledge I needed to apply to whatever was next.”

To figure out what was next, Goldsby showed up everywhere. Every meeting, every event; she was there.

“This is what I tell students,” she says. “Just show up and say, ‘I’m a learner and I’m here to observe.’ Play your student card and take advantage of every opportunity.”

While fully immersed in her student role, Goldsby met professionals in the field, including the then-director of the South Carolina Department of Alcohol and Other Drug Abuse Services (DAODAS), Bob Toomey. When it was time for Goldsby to pursue a practicum placement to complete her public health degree, Toomey invited her to help with a policy-based project.

“Substance use wasn’t really on my radar at the time, but I went there to learn and gain experience,” Goldsby says. “This was also a time when the addiction issues of important people in my life began to surface, and I realized how alcohol and drugs could impact individuals and those who care about them. Here was an agency dedicated to helping these groups, and I knew I was in the right place.”

After her 2015 graduation, DAODAS hired Goldsby as a project manager. When Toomey was ready to retire the following year, she was asked to apply for the director position. Goldsby was named interim director of the agency in 2016, and her role was made official in 2018. Much of the agency’s efforts (and the efforts of similar agencies across the nation) are focused on responding to the opioid crisis.

“It’s a crisis because so many people are addicted to a drug that is deadly, and we’ve had a significant increase in overdoses and deaths over the past 10 years,” Goldsby says.

Her team fights the epidemic in three main ways: prevention, treatment and recovery.

Targeting the general public, but particularly youth and other high-risk groups, they facilitate evidence-based prevention services. As part of their treatment/intervention efforts (and Goldsby’s role as the co-chair for the State Opioid Emergency Response Team), they have worked with local law enforcement to increase the use of emergency overdose antidote, naloxone, to save lives. The agency also ensures that communities have the resources they need to help citizens and families who are struggling –bolstering local recovery services (e.g., Peer Support Specialists initiatives) to provide long-term support for addiction as a chronic disease.

I feel so proud and am in total disbelief that I get to call the Arnold School my home. I still can’t believe I get to say I graduated from such a prestigious school.

Part of their success can be traced back to increased federal appropriations and programming over the past several years. In her role as the administrator of this funding, Goldsby has become involved in the policy work that supports it.

Last year, she was elected president of the National Association of State Alcohol and Drug Abuse Directors, an organization that honored her with the Ramstad/Kennedy Award for Outstanding Leadership in 2019 and that has a presence in Washington D.C. as well as a role in supporting state administrators of alcohol/substance abuse agencies.

“As an association, we are called on often to help congressional members understand the nature of our work and what we’re seeing on the ground,” Goldsby says. “There is variation among states based on their different needs, and so they like to hear our perspectives.”

Last April, Goldsby was called to testify before the U.S. Senate Committee on Health, Education, Labor & Pensions about the impact of the COVID-19 pandemic on substance use disorders. In February of this year, she was invited back to speak on the growing crisis surrounding mental health and substance use disorders, including the reauthorization of many federal programs.

While the verbal hearing appears comprehensive on its own, Goldsby says there is far more to the proceedings than the two-hour recording that can be found online. The committee members spend a lot of time asking questions before the hearing so they can focus on the most pertinent issues during the live session. They also follow up by sending the witnesses several written questions. The process, according to Goldsby, is an effective method for committee members to gain a thorough understanding of what she and other experts (e.g., psychologists, youth advocates, researchers) have to share.

Goldsby has come a long way from her days of not knowing how her career would take shape. Her toolkit-building and perpetual-learner persona are certainly key factors in her success, but she also credits serendipity and her alma mater.

“I feel so proud and am in total disbelief that I get to call the Arnold School my home,” she says. “I still can’t believe I get to say I graduated from such a prestigious school.”

Brenda Hyleman and Sara Goldsby recognized with social worker and student of the year awards, respectively 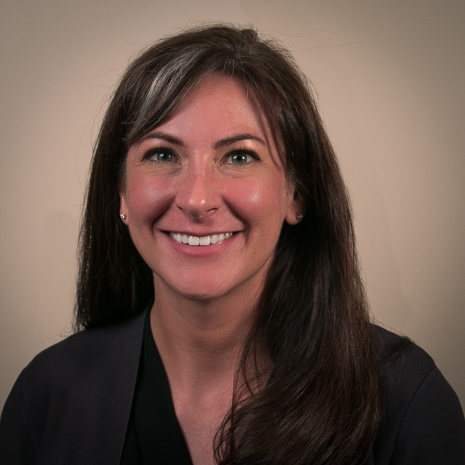 Sara Goldsby is a 2015 graduate of the Master of Social Work/Master of Public Health in Health Services Policy and Management combination degree program. She currently serves as the director of the South Carolina Department of Alcohol and Other Drug Abuse Services.