I Am Public Health: Anja Zgodic

Anja Zgodic’s first career path focused on languages. Born in Bosnia-Herzegovina, she spoke Serbo-Croatian at home and learned English and French in Canada where she grew up. Languages came so naturally to Zgodic that she added fourth when she attended Providence College in Rhode Island – majoring in global studies and Spanish.

“She had been analyzing the data we were collecting, cleaning and preparing for manuscripts, and she was the first person to teach me about statistical programming,” Zgodic says. “I found her work fascinating and decided to pursue graduate studies in biostatistics.”

My experience in our program is overwhelmingly positive because I have found an academic home that supports my development into a better scientist.

Without leaving the city she had called home for the past five years, Zgodic enrolled in a master’s program at Brown University and continued conducting research at the Center for Evidence Synthesis in Health. After graduating in 2014, she spent the next four years as a data scientist with biotech companies Celmatix and Amgen. By 2018, she was ready to return to school to earn a doctoral degree.

“When researching programs, I was most interested in ours because of the flexibility it offered and the collaboration and learning opportunities with other departments and institutes on campus,” the Ph.D. in Biostatistics candidate says. “I was struck by how excited the faculty were about sharing their research and how passionate they were about teaching. The environment is highly collaborative and supportive, and I knew our department was going to be a place where I could maximize my growth as a scientist.”

Over the next few years, Zgodic contributed to projects led by the Rural and Minority Health Research Center (e.g., longitudinal modeling of observations collected over time; multilevel data where subjects are clustered based on geographic location) and refined her own research interests. Her work focuses on high-dimensional data and longitudinal data analysis, with her dissertation employing a novel approach to high-dimensional linear regression.

She found mentors in two faculty from the Department of Epidemiology and Biostatistics: Center director/epidemiology associate professor Jan Eberth and biostatistics associate professor Alexander McLain. “Dr. Eberth has taught me all about being an effective and innovative collaborator, who can not only understand the needs of the research group but suggest new ideas,” Zgodic says. “Dr. McLain has taught me how to dissect any detail of a research project to ensure quality and accuracy, as well as digestible scientific writing.”

Outside of her program, Zgodic leads the Committee on Statistics and Disability of the American Statistical Association as chair. The group works to serve disability and statistics communities by improving accessibility and removing barriers to participation. They also provide guidance to statisticians and the broader community on best practices and universal design to improve accessibility to statistics for the public and for future statisticians.

“The pandemic and the switch to working and learning from home had me thinking a lot about accessibility and, as a result, I got involved in this committee to advocate for inclusivity and accessibility for all,” says Zgodic, who notes that her team is co-sponsoring a session at the American Statistical Association’s annual meeting in August to discuss how universal design can make academic departments more accessible and boost innovation, whether in research or teaching.

After graduating, the Ellis R. Ott Scholar (American Society for Quality Statistics Division) plans to return to her role as a data scientist. She’s interested in joining a biotech startup so she can be involved in creating products that improve people’s lives.

“Think about your personal, academic and professional goals first, and then see whether a given department can support these goals,” Zgodic advises prospective public health students. “My experience in our program is overwhelmingly positive because I have found an academic home that supports my development into a better scientist.” 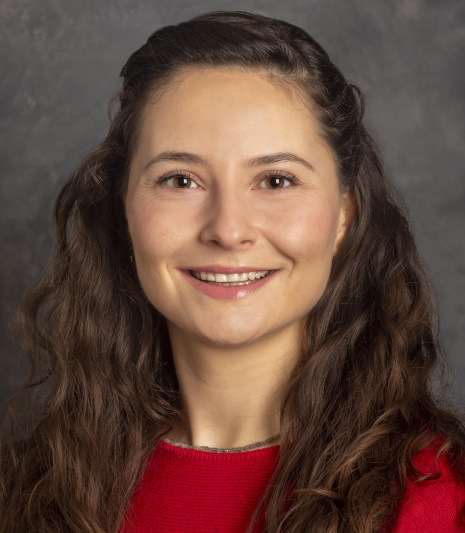 Doctoral candidate Anja Zgodic is studying biostatistics with a focus on high-dimensional data and longitudinal data analysis so she can join a biotech startup as a scientist creating products that improve people’s lives.