Donald Mattison has joined the Arnold School’s Department of Epidemiology and Biostatistics, but his primary role has a university-wide focus. The Health Sciences Distinguished Professor’s resume includes a prestigious career advancing reproductive/fetal health and development, but he was recruited to lend his expertise in working with leading authorities in health/medicine, sciences and engineering (e.g., National Academies) over the past 50 years.

“We are so fortunate to have Dr. Mattison here at UofSC,” says Prakash Nagarkatti, Senior Research Advisor to the President and Vice President for Research Emeritus. “There are only four members of the National Academy of Medicine in the state of South Carolina and he is the only member at UofSC.  His scientific accomplishments, leadership experience, and commitment to serve society are highly impactful in mentoring our faculty to aim for greater heights and success.”

UofSC has numerous experts and does a lot of work that would be of tremendous value to the National Academies. I hope to facilitate those introductions, connecting our faculty with the volunteer opportunities that will advance their fields and their individual careers.

Volunteering for the National Academies

Created in 1863 to advise the nation, the National Academies (i.e., National Academy of Sciences, National Academy of Engineering, National Academy of Medicine) provide evidence-based guidance to inform policy, address challenges, and spark progress and innovation for the benefit of society. Each of the three academies is led by experts in their respective fields, but their role in offering objective advice to governing bodies, professional organizations and other decision-making entities would not be possible without the Academies’ prestigious volunteer program.

“Every year, thousands of the top experts in academia, industry and other areas offer their time and knowledge to address the current and emerging challenges we face as a nation,” says Mattison, who first served as a volunteer for the National Academy of Medicine in 1984 and was elected as a member in 2000. “Volunteering for the academies has lasting beneficial effects for both the individual and for society. The connections and experiences gained from participating in these activities often result in opportunities for collaborations, funding ideas and new projects alongside the positive impacts for population health, wellness and safety.”

A career of service

Born and raised in Minnesota, Mattison studied chemistry and math as an undergraduate student at Augsburg College. During his master’s program in chemistry at the Massachusetts Institute of Technology, his research in nuclear magnetic resonance imaging sparked an interest in healthcare environments, and he decided to study medicine at Columbia University followed by a residency in obstetrics and gynecology.

This education and training would serve as the foundation for Mattison’s career in reproductive and fetal health and development. His chemistry background made repeated cameos as he investigated the effects of environmental toxins and other pharmaceuticals on mothers and infants during pregnancy and breastfeeding.

Mattison’s scientific research primarily took place at the National Institutes of Health (where he was recruited to work three different times) and at the Food and Drug Administration’s National Center for Toxicological Research and the University of Arkansas. Eventually, his work increasingly focused on drug use, safety and efficacy. He has been able to continue this research by leveraging the large datasets available at UofSC. Over the years, these experiences cemented Mattison’s commitment to public health and led to multiple leadership roles in the U.S. Public Health Service.

As a dean at the University of Pittsburgh, Mattison led the Graduate School of Public Health during a period when it became deeply involved in community health, with a focus on health equity and the impacts of population health. Next, he became medical director at the March of Dimes, where he oversaw projects related to the prevention of birth defects through folic acid supplementation and a strategic plan aimed at reducing the incidence of premature births. Mattison wrapped up his career as a full-time federal employee with a decade as the senior advisor to the Director of the Eunice Kennedy Shriver National Institute of Child Health and Human Development.

“Mine was a circuitous path to public health that snuck up on me over the years,” Mattison says. “It wasn’t what I studied originally, but it turned out to be the underlying theme of my career.”

In addition to his full-time positions, Mattison’s service, professional and other activities advanced public health as well. He spent nearly a decade as captain for the U.S. Public Health Service, deploying with the U.S. Navy to support humanitarian efforts in the Philippines and traveling to numerous stateside locations to aid in natural disaster relief and respond to threats of biomedical terrorism. Nearly 400 peer-reviewed papers and numerous service and consulting roles claimed his spare time over the years as well.

Mattison’s own history as a volunteer with the National Academies began in the 1980s. Then an associate professor at the University of Arkansas and the reserve medical officer for the onsite FDA toxicology center, Mattison was asked to participate in activities related to the emerging field of reproductive/developmental toxicology. This work led to a shift in thinking about individual exposures and outcomes to population-level risks. It also led to a new focus area at the National Academy of Medicine (then known as the National Institute of Medicine).

“UofSC has numerous experts and does a lot of work that would be of tremendous value to the National Academies,” Mattison says. “I hope to facilitate those introductions, connecting our faculty with the volunteer opportunities that will advance their fields and their individual careers.”

Many of the National Academies’ achievements were made possible by the efforts of its volunteers. According to Mattison, these roles are highly valued by the Academies because they enable a balance of independent perspectives and expertise that yield robust discussions.

Volunteer activities may include consensus study committees, independent peer review, boards or standing committees, and workshops or symposia. Opportunities fall into seven main areas: Division of Behavioral and Social Sciences and Education; Division of Earth and Life Studies; Division on Engineering and Physical Sciences; Gulf Research Program; Health and Medicine Division; Policy and Global Affairs Division; Transportation and Research Board. Traditionally, the majority of the volunteer opportunities have been filled by mid- and senior-career individuals, but the National Academies has begun offering workshops and mentorship programs to engage early-career volunteers as well.

Last summer, Mattison kicked off his efforts to strengthen the ties between UofSC and the National Academies by working closely with the research leaders at the university and academic unit levels. The initiative’s next steps involve identifying faculty whose research expertise match the volunteer opportunities at the Academies, introducing faculty to National Academy staff, and activities such as informational sessions and surveys. Those interested in learning more should contact Mattison at mattisd@mailbox.sc.edu 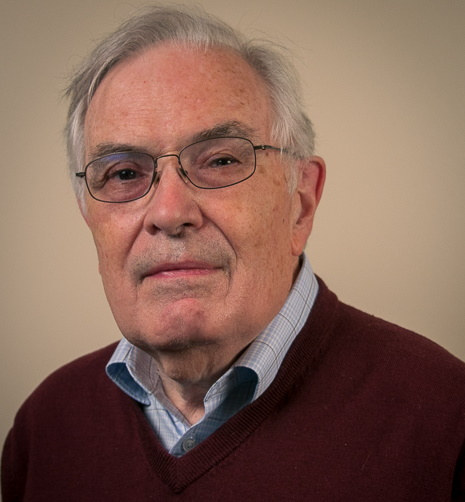 Donald Mattison is a Health Sciences Distinguished Professor in the Department of Epidemiology and Biostatistics.