I Am Public Health: Firas Alhasson

Despite growing up among widespread conflict in his native Iraq, Firas Alhasson managed to complete both bachelor’s and master’s degrees in his war-torn homeland, but he wanted to learn more. Eventually his studies were disrupted by the instability around him, and Alhasson turned to an Iraqi scholarship program designed to build skills and learn about new technologies from developed countries.

When he arrived at the University of South Carolina in January of 2013, Alhasson faced yet another challenge, though this one was in his power to overcome—learning the English language. Alhasson spent a year of intensive study utilizing USC’s English Programs for Internationals while learning the ropes of environmental health sciences (ENHS) associate professor Saurabh Chatterjee’s Environmental Health & Disease Laboratory as a trainer.

“I am very lucky to have had Dr. Chatterjee as my Ph.D. mentor, and I gained a lot of knowledge working with him,” says Alhasson. “From him, I learned how I will treat my students in the future and how I can be a good person to inspire my students.”

By the following January, Alhasson was a full-time student in the ENHS Ph.D. program and a graduate research assistant in the lab where he was not only a valued collaborator but had also began his own line of research, focusing on issues such as non-alcoholic fatty liver disease. One study, examining the ways that drinking water impacts liver and kidney function, was published in the American Journal of Physiology-Renal Physiology. A manuscript reviewer called Alhasson’s insights on alternative pathway for renal function a paradigm shift in the field.

The May 2018 graduate also served as first author on a groundbreaking study on Gulf War Illness published in PLOS One. Conducted by an interdisciplinary team led by Chatterjee, this research uncovered how gastrointestinal disturbances related to Gulf War Illness may cause neuroinflammation. Alhasson’s contributions demonstrated a link between gut microbiota and neural inflammation—a connection previously undiscovered.

Altogether, Alhasson has published eight peer-reviewed papers and made 11 oral and poster presentations at various conferences during his tenure at the Arnold School. After graduation, he intends to continue researching how environmental toxins affects humans and the environment—particularly Iraq’s environment, which faces problems such as air and water pollution due to oil handling practices and lack of standardization among industrial facilities.

Per his scholarship program, Alhasson will initially return to Iraq to share what he has learned at UofSC with Iraqi universities before applying for a postdoctoral fellowship—perhaps in the United States—to develop his research expertise even further. Ultimately, he will settle in Iraq to pursue a research-focused career that helps solve the challenges that affect human and environmental health.

“In the United States, there are many techniques we don’t have in Iraq, so having these skills and this knowledge will help me teach students in Iraq about the latest in science. I and other Iraqi students are considered pioneers in our field as we are training in such a developed country like the U.S. at such a progressive university. Furthermore, being an alumnus from USC keeps me in contact with scientists,” says Alhasson. “I hope to use what I’ve learned and my connections to build up my research to continue identifying new scientific issues and trying to solve them.” 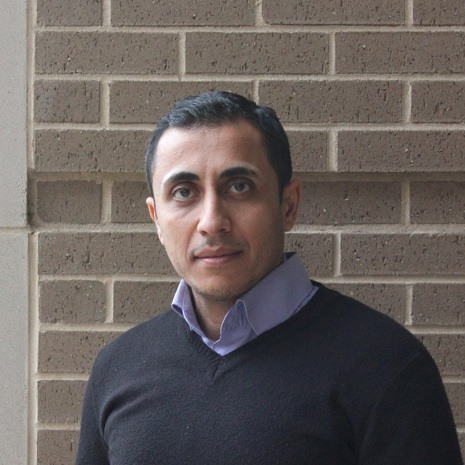