Researchers from the University of South Carolina’s Environmental Health & Disease Laboratory have completed a study that shows promise for the treatment of Gulf War Illness (GWI). Published in Brain Sciences, the findings suggest that andrographolide, a popular herbal medicine in Southeast Asia, may be able to restore gut microbiomes and viromes that have been altered by chronic multi-symptom illnesses like GWI.

The study is one of many environmental-disease-focused research projects led by the lab, which is directed by associate professor Saurabh Chatterjee and investigates how environmental toxins contribute to liver disease, metabolic syndrome and obesity. In addition to understanding how the causes and pathways through which these illnesses and symptoms occur, Chatterjee’s team also works to identify possible treatments (e.g., microbiome-targeted therapy such as probiotics) for conditions such as chronic multi-symptom illnesses associated with Gulf War (GW) veterans, non-alcoholic fatty liver disease and its ectopic manifestations.

“Andrographolide, which is widely used in India and China, has been used for ages and has numerous beneficial effects for liver and gastrointestinal disease,” says Punnag Saha, a second-year doctoral student in the Department of Environmental Health Sciences and the lead researcher for the study. “Scientists have conducted significant research about its beneficial properties on various disease models including the antiviral properties it possesses; however, andrographolide’s efficacy on the various ailments associated with chronic multi-symptom illnesses has never been studied.”

Andrographolide’s documented benefits prompted scientists from the Environmental Health & Disease Laboratory to launch the present investigation into whether it could restore the altered gut microbiome/virome and alleviate other symptoms associated with GWI and similar conditions. With oversight and funding support from Chatterjee, Saha collaborated with other members of the team. For example, Dipro Bose, a fellow environmental health sciences doctoral student with expertise in GW-associated chronic multi-symptom illness studies, played a key role in conducting the experiments and analyzing data.

In their laboratory studies, the researchers found that andrographolide successfully restored bacteriome and viromes while increasing beneficial bacteria and decreasing harmful bacteria. The treatment also decreased gut inflammation and neuroinflammation.

In addition to neurological symptoms (e.g., chronic headache, cognitive difficulties), Gulf War veterans are often plagued by debilitating fatigue, widespread pain, respiratory problems, sleep problems, gastrointestinal problems, and other unexplained medical abnormalities. Despite its 30-year old origins in the Persian Gulf War, this condition continues to affect 25-32 percent of the 700,000 U.S. veterans who served between 1990 and 1991.

Twenty years of scientific research has identified chemical exposures and drugs taken during deployment as the likely causes GWI, but none have comprehensively understood how it affects the body (most have focused solely on neurological effects) or how to treat it. Chatterjee’s work has uncovered a direct link between the neurological effects and the previously understudied gastrointestinal symptoms. In a 2017 PLOS ONE publication, his team revealed that GWI-altered microbiomes produce endotoxins that pass through the thinned lining of the gut (i.e., leaky gut) and enter the bloodstream where they are circulated throughout the body, including the brain.

Within three years of this discovery, Chatterjee had been awarded nearly $3.5 million from the Department of Defense and Department of Veterans Affairs to continue advancing the scientific community’s understanding of GWI and identify possible treatments. At the onset of the COVID-19 pandemic, the team also received special funding from the UofSC Office of the Vice President for Research. Preliminary results from this study suggest that individuals with higher levels of pesticide exposure, including those with GWI, may be more susceptible to the disease.

New treatments for GWI, including the results from such preclinical studies identified here with andrographolide, a broad spectrum antibacterial, anti-viral and anti-inflammatory compound, could provide relief not only for chronic symptoms typically associated with the disease but may mitigate complications from and vulnerability to co-infections, such as COVID-19.  The authors recommend that clinical trials with GWI veterans be conducted to better determine the efficacy of this course of treatment.

“The quest for identifying novel pathways of pathophysiology and to target them with compounds derived from natural products or botanicals remain a top priority for our research,” Chatterjee says. “Punnag and Dipro exemplify the continuing quest of my lab to excel in achieving the mission of our department and the Arnold School of Public Health. The lab’s collaborators nationwide and Dr. Lim’s laboratory at Arizona State University are keys to these discoveries.” 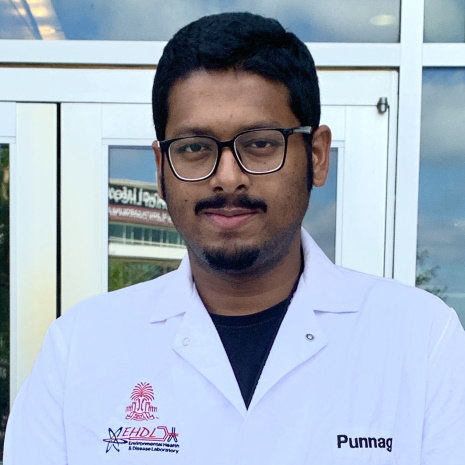 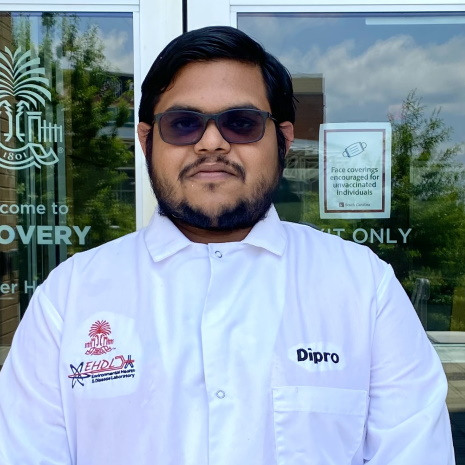