Scientists at the UofSC Prevention Research Center (PRC), led by exercise science professor Sara Wilcox, have completed a study investigating the factors that make churches more or less likely to improve physical activity and healthy eating among their members through the implementation the Center’s Faith, Activity, and Nutrition (FAN) program. Their findings were published in Translational Behavioral Medicine.

FAN’s roots can be traced back to the early 2000s when the Medical University of South Carolina and African Methodist Episcopal (AME) Church invited Wilcox to share her exercise science expertise in employing a community-based participatory approach to promoting physical activity in faith-based organizations. This partnership was formalized in 2002 with a grant from the Centers for Disease Control and Prevention to work with 300 AME churches across South Carolina.

With funding first from the National Institutes of Health and then the CDC, this work has continued for the better part of two decades and has become the core project of the Prevention Research Center, which Wilcox has directed since 2012. Over the years, FAN has proven to be an effective approach for yielding significant improvements in leisure-time physical activity and fruit/vegetable intake. As a result, FAN has been indexed in the National Cancer Institute’s Research Tested Intervention Programs, a searchable database of evidence-based programs and included in the Rural Health Information Hub’s Models and Innovations.

Now in its third multi-year funding cycle*, PRC members are conducting a national implementation study to deliver FAN using a web-based approach. With guidance from a community advisory board and translation partners, church committees will complete online training to implement FAN at their own churches with a year of support from the PRC team.

Prior to this nationwide rollout, the researchers completed the present study to identify factors related to the success of FAN in churches who enrolled in the program. With 93 churches participating, the team** surveyed pastors and FAN coordinators before training, immediately after training, and then 12 months later. They asked about opportunities, policies, messages and pastor support for physical activity and healthy eating in their churches in relation to program factors (e.g., cost, complexity, cultural fit), factors outside the church (e.g., perceived expectations from district/conference leaders), factors within the church (e.g., church size, race, culture regarding health, communication, priorities), personal views of the pastor and FAN coordinator (e.g., whether they believed FAN was valuable to their church and that members would benefit), and experiences putting FAN into place (e.g., leadership involvement, program champions).

Churches enrolled in FAN received training and technical assistance, and overall this support resulted in significant increases in the implementation of FAN (opportunities, policies, messages, and pastor support).

Factors that predicted greater improvement in the churches’ physical activity and healthy eating environment included one of the program factors:  the belief that FAN is more effective than other programs the church had tried.

Factors within the church were the best predictors of these improvements, with African American churches, which comprised 42 percent of the respondents, seeing greater improvements. Improvements were also greater in churches where FAN coordinators were more likely to believe in the importance of a health ministry, feel recognized for their efforts, believe their pastor encouraged program participation, describe good communication between church leadership and members, and report that the program was well-received by most congregants.

FAN coordinators’ personal views and their experiences implementing the program were also important predictors of success. Improvements were greater among those who agreed that they wanted to do their best for the church, church leaders were actively involved, and at least one church member served as a FAN champion.

“We found several factors that might make a church more or less ready for a program like FAN, such as whether a church has good communication between leaders and members,” Wilcox says. “We also found areas that the FAN program could target more in future church trainings, such as recognizing the efforts of the FAN coordinator and identifying FAN champions.”

The FAN Online Training Program will begin in the fall of 2020.  Churches interested in participating can complete an interest form here on the Prevention Research Center website.

*FAN is currently supported by Cooperative Agreement Number U48DP006401 from the Centers for Disease Control and Prevention. 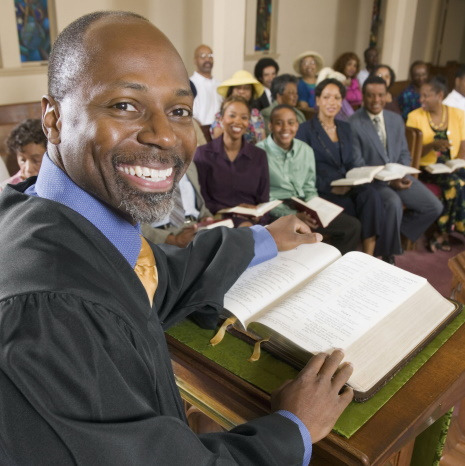 Members of the Prevention Research Center created a reseearch brief to highlight the findings from this study.