Susan Cate has had so many personal and professional adventures that it’s hard to believe she’s worked at the Arnold School for 18 years and lived in South Carolina for more than four decades. Her parents, originally from Chapel Hill and Davidson North Carolina farms, moved to Charleston where her father worked in security at the Navy Yard during WWII.

A product of the Great Depression, he had wanted to attend the University of North Carolina and become a French professor but dropped out of high school and joined the Army and then the Marines instead. His own lack of academic opportunities made him instill a strong drive for educational achievement in his children.

After the war ended, he was recruited by Governor Strom Thurmond to establish the State Law Enforcement Division (SLED) Crime Lab in Columbia. While Cate’s father worked as the state’s chief murder investigator for 30 years, she and her four siblings grew up in the then-rural outskirts of Columbia. Recruited into the South Carolina Honors College (then known as the USC Honors Program and currently No. 1 in the nation among public universities), Cate studied languages (she continues to  speak French well, still knows some German and Spanish and travels to Europe whenever she can).

“The Honors Program was small and like a family, and it contributed greatly to a highly positive undergraduate experience at UofSC,” Cate says. Once a year, she helps a friend instruct an Honors College class on the author Proust and memory, baking madeleines, providing tea and speaking French.

After graduating, she earned a master’s degree in print journalism at the University of Texas at Austin and would later earn a Master of Public Health in International Maternal and Child Health at the University of North Carolina – Chapel Hill. From North Carolina’s Research Triangle Park (e.g., Environmental Protection Agency proposals and environmental engineering feasibility studies) to the South Carolina Department of Health and Environmental Control (e.g., chronic disease prevention, tobacco control, projects funded by the National Institutes of Health and Centers for Disease Control and Prevention) and higher education institutions (e.g., UofSC, University of Maryland, Midlands Technical College), her work has largely focused on health and academia.

“I have a high degree of intellectual curiosity, and I figured out early on that I am comfortable in an academic setting,” Cate says. “I enjoy working with people from different cultures, and I love language.”

Cate’s passion for public health also stems from her personal history. In researching her family roots, she learned about the high rates of infant mortality on both her maternal and paternal sides.

I enjoy working with people from different cultures, and I love language.

From family stories, she knew that her uncle died in the 1918 pandemic, and her grandmother died of tuberculosis in 1922. Her mother’s survival of the influenza and scarlet fever pandemics and her oldest sister’s lifelong struggle with cerebral palsy only deepened her interest. Cate couldn’t know that her combined background of writing and public health would be just what the field needed.

“Ms. Cate has been an ever-present contributor to the development of research in the Arnold School,” says Alan Decho, associate dean for research. “She has served from the initiation of the Office of Research, to Director of our Research Office, to analyzing the data of our growth process, and even editing faculty proposals and manuscripts, which has undoubtably contributed to their success.”

Her current role as Director of Productivity Analysis for the Arnold School’s Office of Research involves tracking and reporting on research productivity indicators. This includes keeping up with sponsored award funding, proposal submission and peer-reviewed publications.

In addition to her school-level responsibilities, Cate is the go-to person for running sponsored awards reports at the department/program level, and she puts her writing/editing training and experience to use editing, proofreading, and formatting proposals and manuscripts. Cate is particularly skilled at working with investigators who are non-native speakers.

Despite her pride in the Arnold School’s growth over the years, Cate’s favorite memories involve the days in the Sumter Street building where students camped out in the hallways and many of the faculty and staff worked in close proximity. She also thinks back fondly on her role as the building’s self-taught feral cat trap/spay/neuter/release expert and still has two former kittens she adopted – now ages 17 and 10.  By the time the building was emptied, the cats were gone as well.

Ms. Cate has been an ever-present contributor to the development of research in the Arnold School.

“I continually marvel at how the school-wide Strategic Planning Process, put in motion by the Office of Research 10 years ago, is still bearing fruit,” Cate says of witnessing and contributing to the growth of the Arnold School over the years. “I still see evidence of its impact on the school’s hiring and research foci each time I run a report. I am proud to have helped coordinate and document the initial process. It feels good to be on a winning team.” 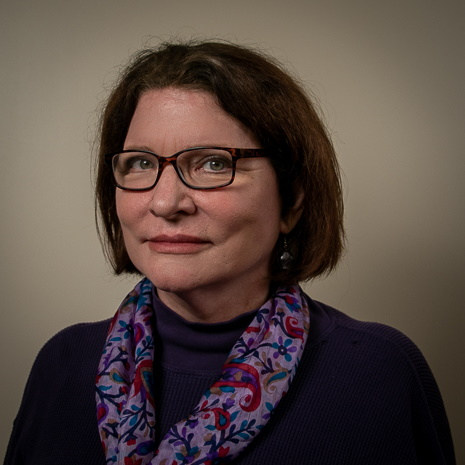 Susan Cate is the Director of Research Productivity Analysis for the Arnold School's Office of Research.