Environmental health sciences professor Alan Decho has been elected as a fellow in the American Association for the Advancement of Science. Through careful and deliberate selection, the Association’s Council elects members who have made scientifically or socially distinguished efforts to advance science or its applications

Fellowship in the American Association for the Advancement of Science is a lifetime honor that dates back to 1874 and includes fellows such as W.E.B. Dubois, Ellen Ochoa, Maria Mitchell and Thomas Edison. Decho was chosen for his contributions to the field of microbiology, particularly his research on biofilms in environmental and health settings.

After growing up in New England, Decho earned bachelor’s (geology/biology) and master’s (zoology/microbiology) degrees at Easter Connecticut State University and Ohio University, respectively. He continued building his expertise in these areas with his doctoral program at Louisiana State University, where he studied the feeding patterns of microscopic marine animals.

After observing that these animals, called copepods, appeared to be “scraping” the outside of various surfaces, Decho investigated their surprising eating habits in the lab. He learned that they were eating bacteria and something else he later identified as biofilms (i.e., groups of cells where bacteria attach to surfaces or tissues).

It opened my eyes to the wonderful travel opportunities a scientist can have to see the world, even though it was quite by accident.

-Alan Decho, environmental health sciences professor and associate dean for research on when he began receiving invitations to share his expertise

Fascinated, Decho spent a year as a Fulbright Scholar at the CSIRO government marine lab in Australia followed by four years as a postdoctoral fellow with Stony Brook University and the U.S. Geological Survey. During this pivotal time period, Decho immersed himself in the world of biofilms – making significant contributions to the study of biofilms in the context of marine science. He quickly became one of the leading scientists in this understudied area – traveling to Europe five different times to give invited talks and publishing a review in Marine Food Webs that has been cited over 1600 times.

“As just a lowly post-doc, when these invitations occurred, I thought ‘wow’,” Decho says. “It opened my eyes to the wonderful travel opportunities a scientist can have to see the world, even though it was quite by accident.”

In 1994, Decho joined the Arnold School for his first academic appointment and launched the Microbial Interactions Laboratory, where he built on this foundation by studying the interactions between biofilms and human/environmental health. His work includes projects, such as developing new molecules that combat antibiotics-resistant bacteria, studying the survival of microbial mats in extreme environments, and designing antimicrobial surfaces and materials.

“Alan Decho is the complete faculty member,” says John Dawson, Carolina Distinguished Professor Emeritus of Chemistry and Biochemistry and a Fellow of the American Association for the Advancement of Science since 1989. “He is a leading researcher in the investigation of attached forms of bacteria known as biofilms and has proven excellence in teaching and service.”

Within five years of joining the Department of Environmental Health Sciences, Decho was awarded the Arnold School’s Faculty Research Award. A few years later, he was recognized with UofSC’s Educational Foundation Award for Research in Health Sciences. In 2013, Decho was awarded dual fellowships in Scotland: Fulbright Senior Research Fellow and the Marine Alliance for Science and Technology Fellowship.

During his career, he has published well over 100 papers and garnered more than $12 million in competitive funding from organizations such as the National Science Foundation, National Institutes of Health and Environmental Protection Agency. Since 2014, Decho has served as the Arnold School’s Associate Dean for Research.

Microbial Mashup: From tropical mats to life on Mars and human infections 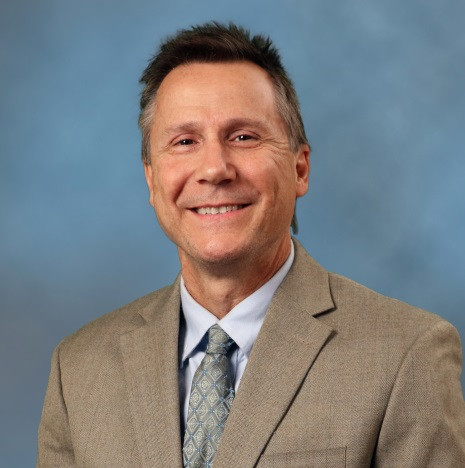 Alan Decho is a professor in the Department of Environmental Health Sciences and the Arnold School's Associate Dean for Research.